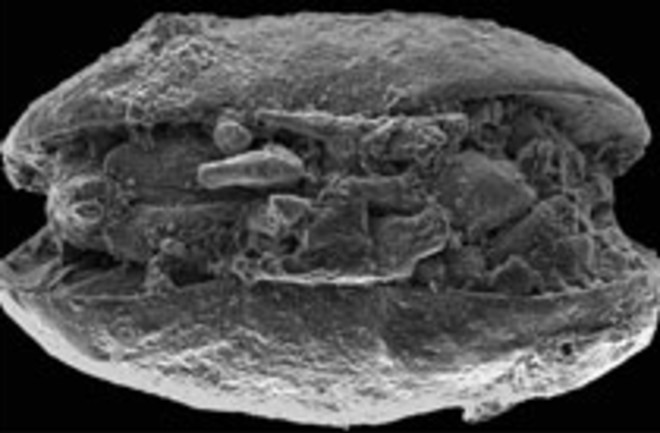 In a cold, desert region of Antarctica, paleontologists have discovered the tiny fossils of shrimp-like creatures that lived in lakes during a more temperate era. The finding help refine the timing of the climate shift that gave rise to Antarctica's remarkable Dry Valleys, a landscape akin to Mars [BBC News].

The well-preserved fossils of ostracods, a type of small crustaceans, came from... Antarctica's Transantarctic Mountains and date from about 14 million years ago. The fossils were a rare find, showing all of the ostracods' soft anatomy in 3-D [LiveScience].

The ostracods couldn't survive in the Dry Valleys under current conditions, which include mean annual temperatures of minus 13 degrees Fahrenheit, indicating that the continent was a very different place 14 million years ago.

Antarctica's Dry Valleys, with their barren gravel-strewn floors, are said to be the closest place on Earth to Mars. The air that falls into the region from the continent's elevated interior has extremely low humidity. There is so little precipitation in the valleys that they are technically regarded as deserts. Animals such as seals which wander into this landscape and get lost will die and mummify [BBC News].

The findings, published in the journal Proceedings of the Royal Society B [subscription required], suggest that the desert region once had a climate similar to Northern Canada or Iceland, where summer temperatures bring lakes and flowing water, which allow for brief explosions of life. But the paleontologists say that the Antarctic lake had vanished by 13.8 million years ago, as part of a larger climate shift that brought colder temperatures to the entire continent. Image: M. Williams, University of Leicester