Figuring out where methane comes from is tricky. But a new analysis suggests that human-linked methane emissions are higher than we thought. 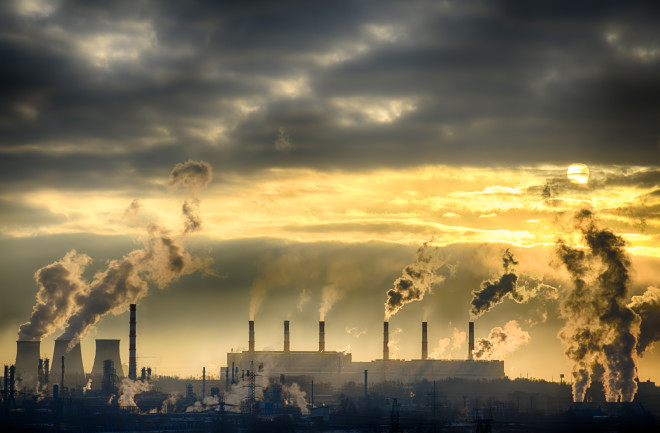 New research indicates that fossil fuels contribute more methane, one of the most powerful greenhouse gases, to the atmosphere than previously thought.

The difference is substantial: These estimates of the amount of methane released from fossil fuel burning are 25 to 40 percent higher than earlier calculations, according to the study, published Wednesday in Nature. Though the results mean we’ve underestimated how human actions influence the climate, it also means that we have more power to scale back global warming, too.

“If we can get the gumption to get people to reduce methane [emissions], it would be more impactful than we thought,” says study co-author Benjamin Hmiel, an environmental science researcher at the University of Rochester.

Of all the gasses lingering in the atmosphere and raising the global temperature, methane in particular fascinates some researchers. Molecule for molecule, the greenhouse gas traps more heat than the better-known carbon dioxide. It also breaks down relatively quickly. In theory, cutting down on emissions of this potent but short-lived molecule would create a bigger, faster change in global heat trapping.

However, scientists haven’t always agreed on where the methane comes from. Burning fossil fuels releases the gas, but it also leaks out naturally from fossil deposits under the seafloor. Though researchers can tell fossil methanes apart from other methane sources, like cattle and wetlands, they can’t distinguish natural fossil release from extract-and-burn methane release.

Some research has tried to measure emissions from a single spot — say, one seafloor seepage or a single power plant — and calculate, based on that recording, how much all the similar sources around the world contribute. “That extrapolation has a lot of uncertainty,” Hmiel says. The work has to account for variations in size, frequency, whether the emissions are seasonal, and a whole bunch of other factors.

Instead of taking this approach, Hmiel and his team decided to see what centuries-old ice might say about the Earth’s methane sources before fossil fuel emissions started. Ice traps air bubbles — tiny pockets of whatever the atmosphere was at that time, Hmiel says. Isolating those gas bubbles lets researchers extract the methane and study what kind of carbon the available molecules use. Fresh methane molecules from living plants and animals use a heavier version of carbon; in fossil-derived gas, the heavier version is gone.

So Hmiel and his team dug over 32 feet into Greenland ice to reach layers dating to about 1750 — before coal, oil and other fossil fuels were extracted and burned. The team pulled up over 2,200 pounds of ice and melted it down to extract a combined gas-bubble sample that was so small, “we counted the individual atoms of [heavy carbon],” Hmiel says.

The count showed that almost all the carbon preserved in the ice came from plant and animal sources. Only a tiny percentage came from natural fossil methane leaks. It’s reasonable to assume the minuscule presence of natural fossil methane is still what’s issuing into our atmosphere today — after all, these leaks have been oozing for centuries. It’s likely that the biggest change since 1750 that can account for our current, large presence of fossil-based methane is fossil fuel extraction, Hmiel says.

The team’s measurement technique stops being useful once they tap into ice from 1950, because the advent of nuclear power changes their ability to discern carbons. But prior to that year, Hmiel thinks their ice-bubble measurements provide a closer estimate of what our atmosphere was like before fossil fuels boomed. And while he’s not a policy expert, “my study indicates that the [human-led] fossil emissions are much larger than we previously thought,” he says. “It means they’re within our agency to do something about.”