Raising or ‘amphibiating’ a home can keep a house high and dry during floods — but they can come with significant costs. 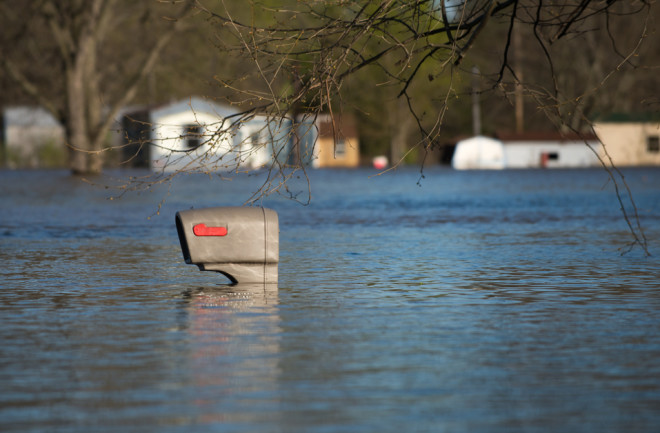 Whether they’re inventive or just plain stubborn, humans long gone to extreme ends to keep their homes free of water. Now, it’s an increasingly urgent task as climate change raises the world’s sea level more than 7 inches as a global average since 1880 and increases the severity of storms that bring devastating floods.

Homes that have been physically raised to avoid surging waters dot the coastal United States. Also called permanent static elevation, this tactic — lifting a house with heavy-duty equipment and placing it on a taller base — is a simple but labor-intensive one. According to a 2020 NOAA report, U.S. high-tide flooding is expected to triple in 2030 and reach a national median of seven to 15 days per year. It’s perhaps no surprise that raising houses is gaining traction in the country’s flood-prone regions.

Roy Wright, president and CEO of the Insurance Institute for Business and Home Safety, is no stranger to floods. He spent over a decade at the Federal Emergency Management Agency, and previously led their flood analytics program. He explains three crucial strategies to protect buildings: “You can elevate and go up; you can move out of the way, or you can divert the water,” he says. “There's a lot of variation inside that, but … that's all you can do.”

Raised houses and those capable of floating fall into the first category. These odd-looking tactics have obvious benefits, but they also come with substantial price tags — potentially too costly for many people to manage on their own. “The reality is that flood mitigation is really expensive,” Wright says.

Pennsylvania-based Wolfe House Movers has lifted and transplanted houses for around five decades, says Sales Manager Mike Brovont. In the past, the company serviced an average of around 150 houses annually using powerful equipment, including massive dollies. But that figure shot up to between 400 and 500 houses in the years following Hurricane Sandy, he says.

Permanent static elevation can be effective and can even lower a homeowner’s flood insurance premiums, according to Wright. Still, it can cost between $150,000 and $160,000.

Amphibious homes can serve as a cheaper alternative, Elizabeth English, a professor of architecture at Canada’s University of Waterloo, says. She has designed several amphibious houses and built two prototypes, including one in Waterloo. Her organization has also retrofitted four houses belonging to rice farmers in Vietnam.

These homes make use of floatation devices, including the bundled gasoline jugs she used in Vietnam. In theory, a large number of plastic bottles strapped together could work, she says. “They can be anything that displaces water,” she notes.

The aquatic-friendly abodes also require fixtures to stabilize them in a flood. These can be as simple as a series of poles in the ground covered by sheaths attached to the home. During floods, the house will move along the height of the pole rather than smacking into nearby structures. English has also worked on a system of telescoping poles that would function similarly to retractable selfie-sticks.

In the Netherlands, for instance, the practice of “amphibiating” new builds has grown popular. English says it is possible to retrofit older structures, too. She’s looked into working on shotgun houses in Louisiana because they have simple structural systems.

The price of “amphibiating” a house varies depending on the specific strategy, English says. Residents of Old River Landing, located near the Mississippi River, have applied it to their homes for 40 years. The technique runs them as little as $5 per square foot.

However, costs can reach $20 to $40 per square foot due to aesthetic preferences and best practices, English says. There's numerous factors involved, including house size, but English estimates that raising a house costs two to three times more than amphibious retrofitting.

Residents facing high waters can receive financial assistance, though. FEMA offers Increased Cost of Compliance funding through insurance companies, which can offer $30,000 for flood-proofing a house.

And these grants don’t apply to people looking to “amphibiate” their homes, English says. Further, making a house buoyant can also void flood insurance. Building codes don’t support their construction, which makes it difficult for these projects to obtain government approcal.

High costs and logistical hurdles are particularly worrisome as many people living in flood-prone regions tend to have lower incomes, says Sven Fuchs, a researcher at the Institute of Mountain Risk Engineering at the University of Natural Resources and Life Sciences in Vienna, Austria.

Further, Black and Latino people are more likely to live in threatened neighborhoods, partly due to racist redlining practices. Such areas may also include higher numbers of renters versus homeowners. Residents may not want to pay or modify their rental properties, Fuchs says. “This is an enormous issue,” he adds.

There are, of course, other ways to protect a home against flooding, as explored by Fuchs and his colleague Thomas Thaler in a 2019 paper published in WIREs Water.

Sandbags are a classic and relatively cheap tool. However, they’re also single-use, Fuchs says. In Europe, some people install window and door guard systems and mount a barrier during floods. Yet this only works when the homeowners have time to prepare, and the laborious set-up might be difficult for older people.

According to Thaler, the right method depends on the individual situation. “Maybe what you suggest is perfect for a family because they are fast, they are quick. But maybe it makes no sense for a 100-year-old person, because he's more physically frail,” he says.

Managed retreat out of an area is another option for flood-prone areas, Fuchs explains. Sometimes governments will buy people out of their homes so they can resettle in less vulnerable areas, though moving is often expensive.

Residents may also be reluctant to leave, a recent paper found. In the wake of the 2018 St. John’s River flood in Canada, Eric Weissman and Julia Woodhall-Melnik, two researchers at the University of New Brunswick, conducted interviews with 20 people whose homes were damaged by the disaster.

Some subjects were long-term residents or occupied homes left to them by their parents, Woodhall-Melnik says. Respondents also mentioned deep social ties to their communities, along with nearby friends and family. “There's a universal need to attach to a place,” Weissman says.