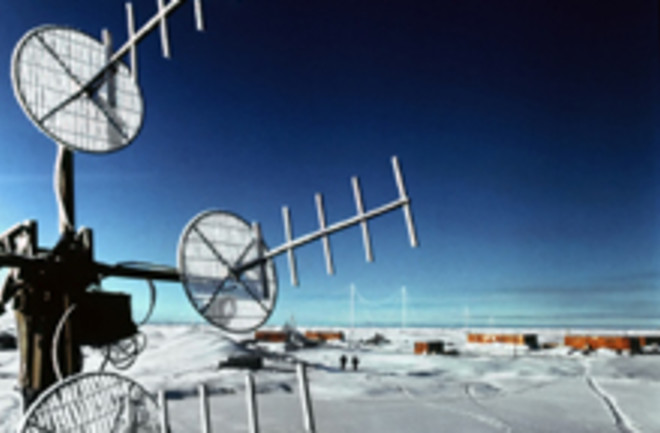 On Monday we brought you the story of the Russian scientists forced to evacuate their Arctic research station because their ice floe melted. Today, Naturehas an interview with Jürgen Graeser, a German scientist who spent the winter with the Russians at North Pole 35. So what did Graeser learn during his time up there? 1. Bring a flare gun. Graeser guesses that the team had 30 or so separate run-ins with polar bears, but none of them turned deadly because the flares scared off the bears. 2. Russian scientists are "helpful and warmhearted," he says, and the language barrier is no big deal if you spend all your time studying atmospheric wind speeds and temperatures. 3. Speaking of temperatures, they can vary wildly in the Arctic. During "extreme temperature inversions," Graeser says, the air 100 meters above ground could be 15 degrees Celsius—27 degrees Fahrenheit—warmer than air at ground level. 4. Things change quickly: In April, an airplane could still land on the ice floe. In July, it had shrunk and cracked to the point that Russia had to evacuate the scientists. 5. The best way to celebrate the sun's return after a dark Arctic winter? Shish kebabs.