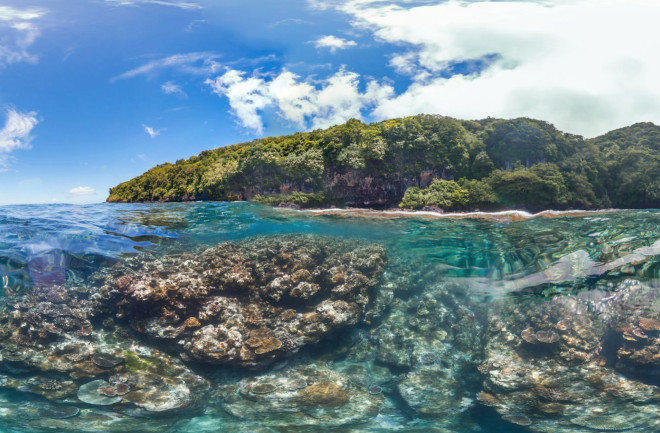 This post is based on the latest episode of the podcast, Citizen Science: Stories of Science We Can Do Together! In it, co-host Bob Hirshon and Caroline Nickerson discuss some of the inspiring citizen science work conducted under the auspices of the National Oceanic and Atmospheric Administration (NOAA).

Listen here: Citizen Science: Stories of Science We Can Do Together!

The National Weather Service (NWS) was doing citizen science before citizen science was cool. Back in 1890, NWS launched its Cooperative Observer Program, with weather data collected via telegraph from farmers and other volunteer weather observers across the country. And that work was predated by noted citizen scientists like Thomas Jefferson and George Washington, who diligently collected and shared weather data a hundred years earlier.

Today, NWS operates under the auspices of the National Oceanic and Atmospheric Administration (NOAA) and is just one part of an enormous network of physical science programs that include 41 active citizen science programs. They support research efforts not only in weather, but also in tracking marine debris, protecting endangered species, monitoring climate change, mapping Earth's magnetic field and other areas of scientific study pertaining to the planet's air and water.

Over 37 petabytes of environmental data collected by both amateur and professional scientists reside with NOAA's National Center for Environmental Information (NCEI).

"There is so much data in our archive," says NCEI Outreach Coordinator Katie Palubicki. "We usually say we collect data from the surface of the sun to the bottom of the ocean." It's Katie's job to make that data accessible to the public. "There's really a huge span of users for our data and we try to make it as accessible and usable as possible for all of those user groups. So, you know, a fifth grader will be able to use our data but so will a Harvard professor."

Educators rely on NCEI to help them demonstrate the relevance and value of the science they're teaching in the classroom. NCEI Communications Consultant Trinity Foreman helps tailor the data for use by teachers.

"We have a tab for education where we've taken some of our more accessible data tools and framed them so that they're easy to understand," Foreman explains. These include hands on activities and animations, including a particularly popular interactive tsunami tool. "It's a time lapse of all the tsunamis that have happened on Earth. It's really fun for anyone really, where you can scan back and forth and see the tsunamis as they happen in this digital scape."

Palubicki adds that members of the public who have questions or need help using the data resources at NCEI can request help from their customer service representatives by emailing them at NCEI.info@NOAA.gov. "Somebody will get back to you and help you access the specific data you need," she says. "And even in some cases we can connect you directly with the scientist who manages that data or who even collected that data and really give you a great resource in your interests."

Doing Something About the Weather

Neither snow nor rain nor heat nor gloom of night can prevent the stalwart volunteers of the CoCoRaHS program from completing their appointed rounds. In fact, it motivates them. CoCoRaHS stands for the Community Collaborative Rain, Hail, and Snow Network and their US and Canada-based volunteers measure and report precipitation, providing much-needed local data to NOAA.

"It was initially established as a sort of bucket survey in 1997 after the Fort Collins flood," she explains. "It was started by the Colorado Climate Center, just trying to figure out the rainfall that led to that devastating flood in the area."

The data that the volunteers provided was so useful that other states began signing up their own weather enthusiasts, of all ages and backgrounds.

"We have school groups and classrooms that monitor the weather and report on a daily basis," she says. "Master gardeners, farmers, retired NWS employees, current NWS employees. Just anyone who seems to have an interest in the weather is a perfect candidate for this particular program."

Meteorologists, climatologists, emergency managers, hydrologists and others rely on NOAA data, so accuracy and reliability are critical. Matt Menne works at NOAA's NCEI office in Asheville, SC, and is Director of the World Data Center for Meteorology. He oversees a number of datasets that feed into that global network, CoCoRaHS among them. Menne says that even though CoCoRaHS volunteers are amateurs, there are so many of them that they can help improve the quality of the data provided by official NWS observers.

"If you have a very sparse network and low density, and you get one of these really high totals, it can be hard to really establish that it's a legitimate value," he explains. "But when you have many more observations, then you just have a lot more confidence in the totals of the entire network. So CoCoRaHS is helping with other networks, as well, and that shows the value of the citizen science observer in helping official National Weather Service observations."

Earth's magnetic field is visible only in the form of the aurora borealis and aurora australis, but makes its presence known in many ways. Many organisms, including birds, butterflies, sea turtles and even bacteria use it for navigation and orientation. Humans also rely on geomagnetism for navigation and, since the magnetic field fluctuates, keeping tabs on it is critical for shipping, defense and many other concerns.

NCEI maintains the World Magnetic Model, a joint product of the governments of the United States and Great Britain. It's used by US, British and NATO military, as well as civilian navigation systems by such companies as Google and Apple.

Along with data provided by satellites and Earth-based stations, the World Magnetic Model also relies on data from citizen scientists, through the CrowdMag project. University of Colorado and NCEI research scientist Manoj Nair explains that CrowdMag started ten years ago, through a joint project between NCEI, Apple and Google. Cell phones have magnetometers, and both Apple and Google rely on the World Magnetic Model for their navigation apps.

The CrowdMag app they created collects its data passively; users merely download the app and turn it on, and it collects magnetic data with no user intervention. Users can keep the data private, or share it back to NOAA.

"And the topic that I decided to pursue is our state rock, which is cumberlandite, and it is very magnetic," she explains. "So I wanted to see if I could take my phone and use the CrowdMag app and walk a certain area and see if it showed a boundary line with, you know, the magnetic signal that came back." Hadley was amazed when she looked online at the data points she had mapped. "It showed it as clear as day, and that's what really got me going. It was really pretty exciting to see that on this app."

Brian Meyer is NCEI Data Manager and Outreach Specialist for the CrowdMag project. "You can combine your general day to day activities hiking biking walking running all those things that get you out and moving that you love to do you could do all that. While contributing to science while making our maps and our understanding of the Earth's magnetic field that much better," he says.  "You could do all that, very simply and we can't even tell you how much we would appreciate it."

Other popular NOAA citizen science programs include Nature's Notebook, ISeeChange, Old Weather and Marine Debris Tracker, among others. In addition, in partnership with SciStarter, NOAA is partnering with 20 science centers to engage the public in citizen science and resilience planning on four climate hazards: extreme heat, extreme precipitation, sea level rise, and drought. Learn more about that program at https://scistarter.org/noaa.

This podcast is brought to you each month by SciStarter, where you'll find thousands of citizen science projects, events and tools! It's all at SciStarter.org. If you have any ideas that you want to share with us, and any things you want to hear on this podcast, get in touch with us at info@scistarter.org.