The summer monsoon season in Colorado is still probably weeks away, but we got a spectacular preview today 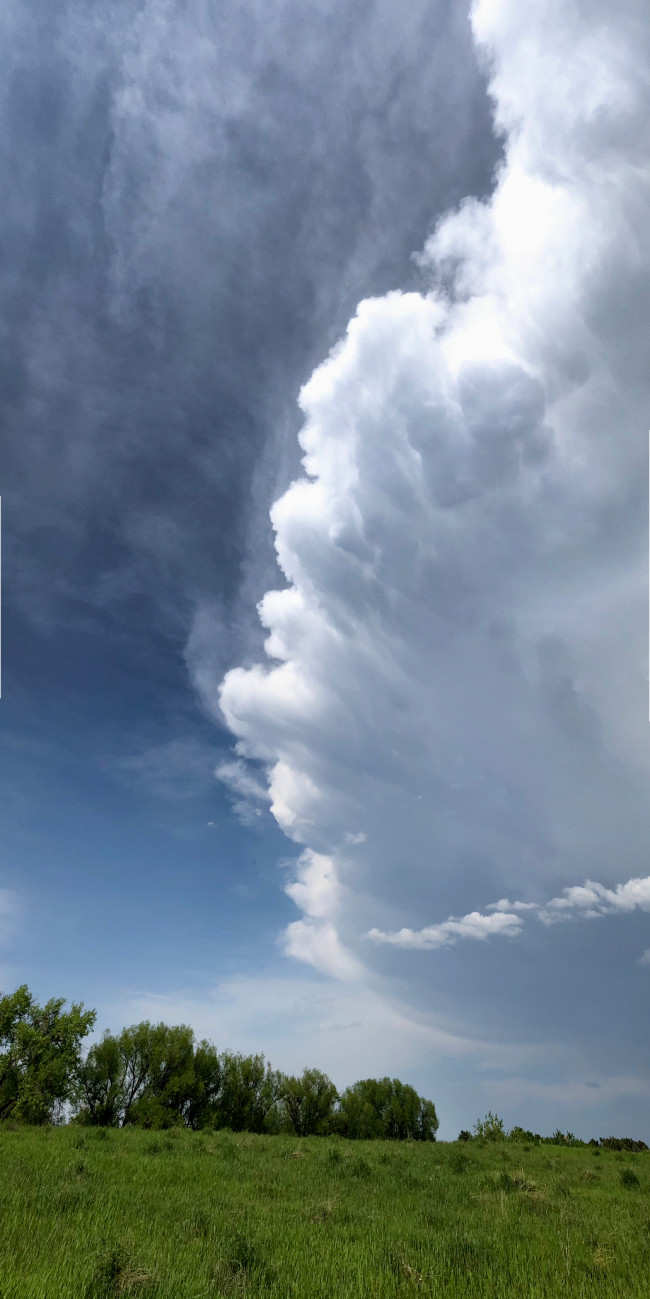 An iPhone photomosaic showing the northern edge of a giant thunderstorm cloud that boiled up east and north of Boulder, Colorado today. (Photomosaic: © Tom Yulsman) As I was leaving Boulder, Colorado this afternoon, heading for home out on the plains at the foot of the Rockies, I looked up and was stopped short by a giant, glowing thunderstorm cell that was building fast, in all dimensions. I've long been enamored of Western skies. That's true in all seasons, each of which brings its own wonders. But there's something particularly special about the cumulonimbus clouds that often boil up in the late afternoon and evening as the warm season gets cooking. We're not really in the summer monsoon season yet — it typically doesn't ramp up in these parts until June or July. But I guess someone forgot to tell that to the atmosphere, which was channeling copious moisture northwards into our region from the Gulf of Mexico, as happens during the summer monsoon. I love making photographs of our skies, so I pulled over at a spot where I thought I'd get a good perspective on the swelling thunderstorm cell. I only had my iPhone, not my regular rig. But it's capable of producing quite compelling images. By this point, the storm was huge. So I took two sets of three images each with my iPhone, one focusing on the northern edge, and the other on the southern one. With each set, I overlapped the images with the idea of using Photoshop later to merge them into a photomosaic. One of the results of this fun exercise is the image above. Beyond stitching the photos together to create the mosaic, I did some processing, including a little enhancement of contrast overall as well as micro contrast — to bring out some details in the cloud.

© Tom Yulsman Here's the photomosaic showing the southern edge of the storm. In stitching the images together, I took a wide view of a three-dimensional scene and reproduced it in a flat, two-dimensional space. That's a rather abstract way of saying that the top ~third of both images show what was visible directly over my head!