Even Antarctica Has Invasive Species 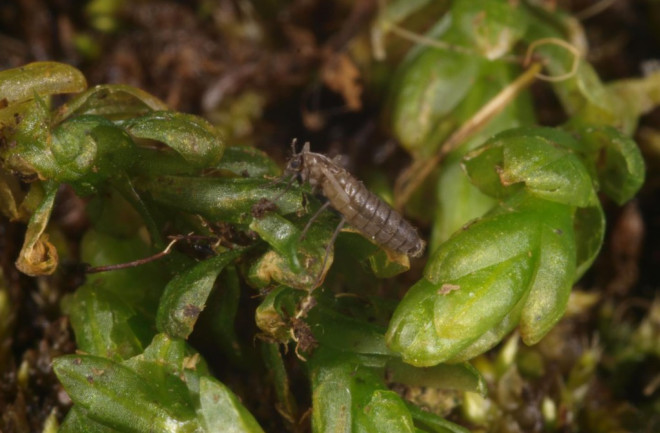 Antarctica, a continent isolated by vast oceans and brutal weather, has weathered the impacts of human activities better than most places. It’s clearly not immune, of course — it’s melting — but the South Pole has been spared most other human-caused degradations.

Unfortunately, we can add another to the list. An invasive insect species is spreading across Signy Island in Antarctica, endangering the local ecosystem. It’s a species of flightless midge, Eretmoptera murphyi, and a lack of natural predators paired with a plentiful food supply is helping the insects to thrive.

Their assault on Signy actually began in the 1960s, says a team of researchers from the University of Birmingham in the UK and the British Antarctica Survey. The small, grey midges traveled to Signy from the South Georgia islands located to the northeast as unintended hitchhikers in a plant transplantation experiment. The plants are gone, but the midges remain.

E. murphyi, it turns out, landed in an ideal environment. The midges are detritivores, a fancy way of saying they eat dead organic matter, and Signy Island is literally covered in the stuff. Much of the island’s ice-free surface is blanketed by peat, partly decomposed vegetable matter, and it’s a feast for the midges. As the insects eat, they transform the peat into soil, producing nitrogen and other waste products.

What’s good for the midges is bad for the rest of the island. Signy is home to a few other species adapted to the harsh conditions, but unused to intruders, like mosses, hair grass and pearlwort. As they turn peat into soil at record rates, the midges can be considered ecosystem engineers — altering the fundamental ecology of the entire island. For delicate species attuned to a specific environment this could prove fatal.

“Signy island is characteristic of polar environments in having a nutrient limited ecology, and we find that the midge can increase levels by 3 to 5 times, bringing the moss banks in line with deposition that would be more like that seen in and around seal colonies,” says Jesamine Bartlett, a PhD candidate at the University of Birmingham who’s presenting the team’s research at the annual meeting of the British Ecological Society, via email. “In particular, that nitrogen is in the form of nitrates and nitrites, which is most favored by plants as a fertilizer. So this may have consequences for the vegetation of Signy Island.”

Bartlett and her team are currently assessing the impacts the midges have had on the environment to better understand how to protect Antarctic ecosystems from future intrusions. She’s sampling areas of the island with midge populations and comparing them to areas without any to see what kind of changes are occurring. It will hopefully help build a better understanding of what happens when rapid environmental shifts occur.

It appears that the midges are contained for the moment to Signy Island, and the small outcrop is located some distance from the continent itself. Still, says study co-author Scott Hayward, a professor at Birmingham, E. murphyi appears to share many characteristics with another species of midge native to the Antarctic Peninsula, and could probably survive there if introduced. The insects, and their larvae, are small and easily overlooked, meaning it’s possible for them to travel unnoticed on shoes or equipment.

That could be a danger in the near future as warming conditions make it easier for invasive species to push southward and increased human traffic helps invasive species to spread. Two other invasive species, a type of fly, and a type of grass, are currently establishing themselves in different locations on the continent, and Bartlett says each appears to be doing quite well. Scientists have yet to study either in detail, so their impact on native ecosystems is unknown.

It’s clear that Antarctica is far from an unspoiled land. Images of desolate snowfields and barren peaks belie the truth: There are invaders right under visitors’ feet.