Ten persistent misconceptions about the natural environment and conservation.

MYTH: Most energy in the United States comes from solar, nuclear, and hydroelectric generation.

FACT: Seventy percent of our electricity is produced by burning coal and other fossil fuels, sources linked to global warming.

MYTH: Household and industrial chemicals are routinely tested and approved for safe use by the U.S. Environmental Protection Agency.

FACT: Federal officials do not test pesticides or household products for safety. They rely on producers to do so.

MYTH: The solar-energy market has plateaued.

MYTH: Most oil pollution comes from tankers that run aground or ships that wash out their holds at sea.

FACT: More than twice as much oil gets into the environment each year because of sloppy activities involving automobiles and boats. At least 200 million gallons of oil are dumped each year in the U.S. by people who change their own automobile engine oil. Overfilling auto gas tanks also contributes to the mess, as do spills when refilling outboard-motor tanks. However, tens of thousands of leaky auto engines whizzing over already polluted urban environments can’t compare with the damage done to a pristine environment by a single oil tanker such as the Exxon Valdez, which spilled 10 million gallons of oil into Prince William Sound in Alaska in 1989.

MYTH: Our national forests are protected from logging, mining, and drilling for oil.

MYTH: Plastic six-pack rings do not break down in the environment and can trap marine animals.

FACT: The rings are designed to disintegrate in sunlight, but the process can take ten years. Therefore, the rings should be snipped, recycled, or avoided altogether. Surveys have shown that the rings can strangle birds and fish, but the worst culprit is abandoned plastic fishing line, responsible for 37 percent of marine entanglements.

MYTH: Destruction of tropical rain forests will cause Earth’s atmosphere to run out of oxygen.

FACT: Oxygen makes up almost 21 percent of atmospheric gases. Burning all the tropical forests in the world would decrease the proportion of oxygen by four-hundredths of 1 percent. Destruction of tropical rain forests, however, would significantly increase the concentration of carbon dioxide—the most important greenhouse gas—in the atmosphere by 26 percent.

FACT: Bottled water is not tested by federal officials.

FACT: CFCs were banned from aerosol cans in 1978. They are still found, however, in many air conditioners and refrigerators.

MYTH: Spent fuel rods from nuclear power plants—which will remain radioactive for millions of years—are safely stored in a deep underground facility in the west.

FACT: No such long-term storage facility exists. All fuel rods are stored temporarily at the nation’s 103 active nuclear plants. Another 12 plants have been shut down, but the spent rods are still stored at the plants. 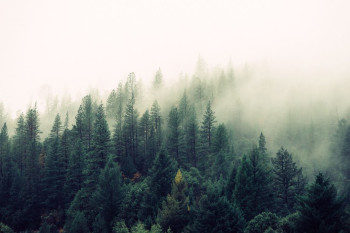 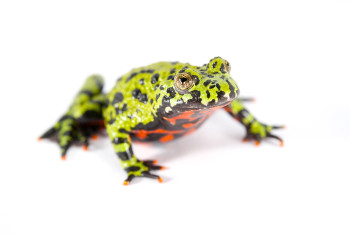 Planet EarthScientists Zero in on a Frog Killer 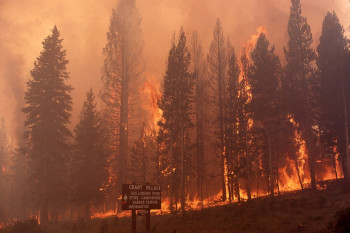 Planet EarthWildfire Engulfed Yellowstone 30 Years Ago. Its Recovery Could Predict The Future of the West 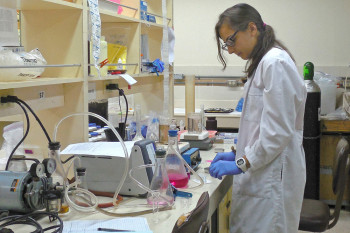 Planet EarthRevelations in the Rainforest Canopy
Recommendations From Our Store