Each Week, A Person is Murdered Over Land, Forests, and Natural Resources 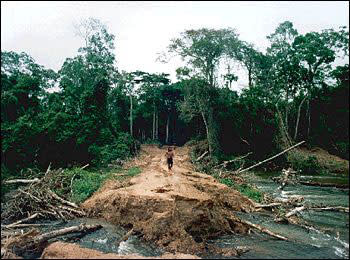 When the chief of one Amazonian tribe counseled his people to fight back against illegal logging of their land, the loggers wasted no time in retaliating: they put a $100,000 bounty on his head

. Natural resources are growing scarcer and more valuable, and murders of people attempting to protect them are growing. According to a report

, an organization that investigates and counters resource-related conflict and human rights abuses, killings motivated by forests and land have more than doubled over the past three years. In the last decade, 711 people---among them journalists, activists, and locals---have been killed, totaling more than one person per week. Most of the killers are not prosecuted, and information about such murders is hard to come by, but most of the killings are reported to be in Brazil, Colombia, the Phillipines, and Peru. As a recent paper reminded us

, the reason forests in these areas are being cut is often the production of consumer goods like coffee, soybeans, and beef. Less than half of the tropical forestland that girded the globe a hundred years ago remains, and each day, about 80,000 acres are destroyed.