Don't Throw Back Those Baby Fish

Should fish only be caught after they've matured and reproduced, or does that harm the ecosystem? 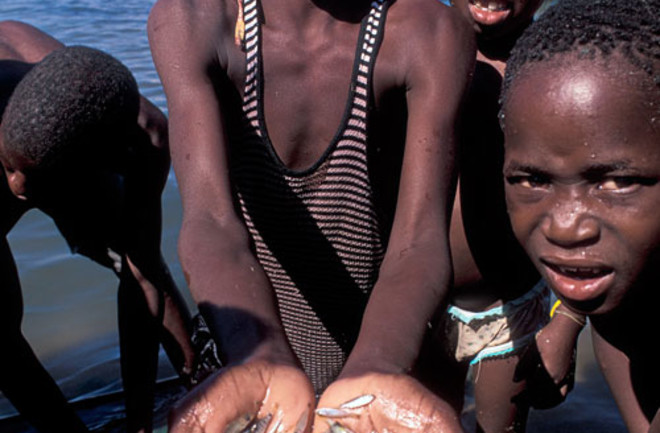 CONVENTIONAL WISDOM: Fish should only be caught as adults, after reproducing.

Fishermen call them keepers: the mature fish above the legal minimum length that end up in the ice chest, as opposed to the small fry that get tossed back. Size regulations apply to everyone from a retiree hooking a sturgeon (minimum length: 43 inches) on Oregon’s Columbia River to a trawler pulling up cod (minimum length: 22 inches) off some of New England’s coast. Ignore the rules, and you’ll be fined.

The rationale is that young fish should be left in the population until they can mature and breed—and, besides, larger fish make for better fillets. The problem is that selective harvesting has been counterproductive, altering natural ecosystems and creating evolutionary pressures that end up harming fisheries.

For centuries fishermen have worried that too few fish spawn during breeding season, leading to longstanding rules limiting minimum length. With widespread concern over a collapse of the world’s fisheries, during the past 50 years those length restrictions have only increased. Some of the concern relates to what fishermen call bycatch, which in 1994 meant 27 million metric tons of young fish and unwanted species that get thrown back dead each year. That was about a quarter of the world’s total catch, which is why most trawlers now use nets with a large mesh that smaller and baby fish can escape through.

But guarding baby fish doesn’t protect our fisheries at all. Unlike humans or other mammals, who dote upon their few offspring for years after birth, a female Atlantic cod lays millions of eggs each time it spawns, letting the small fry fend for themselves. A tiny fraction of offspring escape starvation or predation (including from fishermen) and end up contributing their genes to the next generation. Despite the seemingly large number of tiny fish that fishermen and regulators thought were going to waste, the number was small compared to death by non-human predators and lack of plankton and other food sources. The bottom line is that size restrictions have not improved populations in fisheries.

In fact, the restrictions have made things worse. By targeting only the largest, oldest fish in a species, we’re inadvertently manipulating fish genetics. When fishermen take large fish out of the population, they put evolutionary pressure on fish to stay small and mature quickly. In the Gulf of Saint Lawrence in eastern Canada, the average length of 6-year-old cod has decreased from about 21.5 inches in the 1970s to 18.5 inches today. A recent analysis of 37 commercial fish stocks found that most matured earlier and at a smaller size than in the past. These smaller fish produce fewer eggs, which is bad news for the future of the population.

And if selective fishing is bad for a single fish stock, it’s even worse for marine ecosystems. Taking only the heavyweights out of our oceans has left us with an unnatural, bottom-heavy ecosystem that is more difficult to harvest sustainably because it is unstable.

Rebuilding the world’s fisheries will require tossing out a piece of folk wisdom that has led to harmful policies. We should stop penalizing fishermen for catching young fish and find more uses for anchovy-sized fish in our diets and as animal feed.