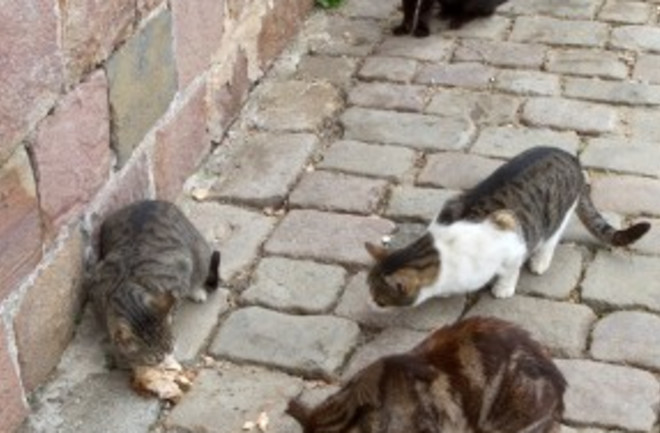 Image courtesy of Matt Valentine / shutterstock Domestic cats are known killers, and when let loose they can do real predatory damage. Cats (Felis catus) can wipe out entire populations of native birds and small mammals such as mice, squirrels and rabbits when introduced to island environments. Eradication efforts have historically been implemented to remove these non-native predators from islands. A new study shows that domestic cats can wreak havoc on the mainland as well. Researchers say un-owned cats kill far more birds and mammals than previously thought, making them the greatest human-related cause of these wildlife deaths in the United States. What other causes of death can be attributed to humans? Birds fly into the windows of buildings, cars crunch roadkill and even wind turbines take out some flying critters here and there. People also push wildlife out of their habitats through development or by making land otherwise uninhabitable. Such visible causes of death were thought to dwarf the influence of cats. A recently-conducted review of cat predation studies found otherwise. In the category of "un-owned cats," researchers included barn cats, strays, feral cats and those humans feed but don't house. They found that free-ranging domestic cats (i.e., not your pet) kill between 1.4 and 3.7 billion birds in the U.S. each year. The picture is even more grim for small mammals: Between 6.9 and 20.7 billion become the victims of cats annually. Scientists say cats also take out a lot of reptiles and amphibians, but there apparently aren't enough studies to quantify it.The researchers say the results, published in Nature Communications today, strongly support policies that cut down on roaming cat populations.