The tech for capturing carbon dioxide is old. But it requires political will and money to implement these methods to curb greenhouse gas emissions. 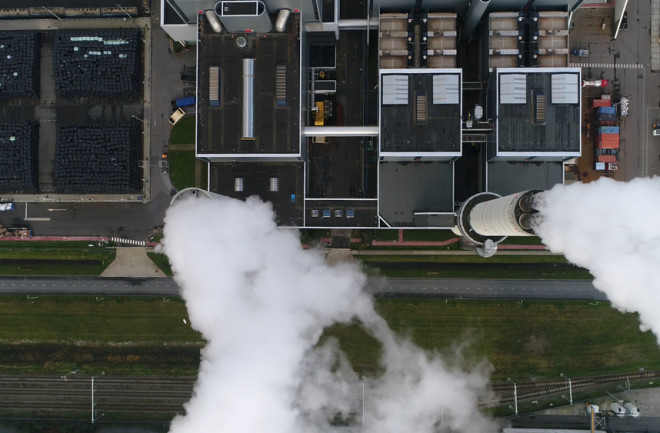 The U.S. re-joined the Paris climate accord a few months ago, which means – along with 194 other countries — it now has to find ways to seriously curb its greenhouse gas emissions. Many argue that renewable energies such as solar and wind are the way to go. But another path to reduce air pollution involves trapping carbon dioxide (CO₂) as it’s produced, before it can even reach the wider atmosphere.

There are a couple of ways to achieve carbon capture. “Post-combustion carbon capture” is the most straightforward method, and — as the name suggests — this happens after a fossil fuel, such as coal or natural gas, is burned.

Read More: The Curve Appears to Be Flattening on CO2 Emissions. What Does That Mean?

Another carbon capture method involves burning the fossil fuel with oxygen instead of air. This is known as the “oxi-fuel” process and it ends up creating a waste gas that is chiefly made up of CO₂ and water vapor, which are then easily separated from each other through a cooling process.

There’s also pre-combustion capture. This is done by heating the fossil fuel in oxygen before burning it, which creates carbon monoxide and hydrogen. This mixture is then treated in a catalytic converter with water vapor, which produces hydrogen and CO₂. Finally, amine is added to bind with the CO₂, which forces it to fall to the bottom of the chamber where it can then be isolated.

Now comes the storage part, and for that you need a suitable underground cave. “You look for a stable geological structure a couple of miles further underground and map it carefully, so you can be sure there are no leak points,” says Niall Mac Dowell, a professor of energy systems engineering at Imperial College London. “That’s where you put the carbon dioxide.”

Read More: How I Helped Turn Carbon Dioxide Into Stone

If you imagine the cave as a dome, says Mac Dowell, then you drill into the lower rim and inject the CO₂: “It will rise to the apex of the dome and just sit there. By the laws of physics, it can’t leak out.”

Some people erroneously compare this to storing nuclear waste, which is to say it’s safe and stable until it isn’t. That comparison isn’t accurate, say Clough and Mac Dowell, because once the CO₂ is in the cave reservoir, it reacts with the rock to form stalagmites and stalactites. In other words, there’s an end game in sight — whereas nuclear waste stays in its radioactive form for thousands of years. “That’s the long-term fate of the carbon dioxide and that’s where the nuclear waste analogy falls apart,” Mac Dowell says.

CO₂ leakage is also highly unlikely. “It isn’t a hope or assumption that it stays there,” says Clough. “We’ve done lots of trials and tests to confirm it does stay there — in the long term, it turns to rock.” The length of this process depends on the cave’s rock type, but it can occur in less than a decade.

So, what’s stopping us from rolling out this technology en masse to reduce fossil fuel emissions in concert with upping the ante on renewable energy production? Well, it’s not the science. “There’s oodles of technical experience in doing this. There’s nothing earth-shatteringly new,” says Mac Dowell. “It’s very mature technology.” But it does cost money and right now there simply isn’t the political will to make it happen on a grand and meaningful scale, he added.

Clough agrees, but he is optimistic that the politics are changing: “Until recently there was been no deterrent for releasing CO₂ to the atmosphere. Now we have clear decarbonization targets that can’t be reached by fuel switching or just building more renewables.”