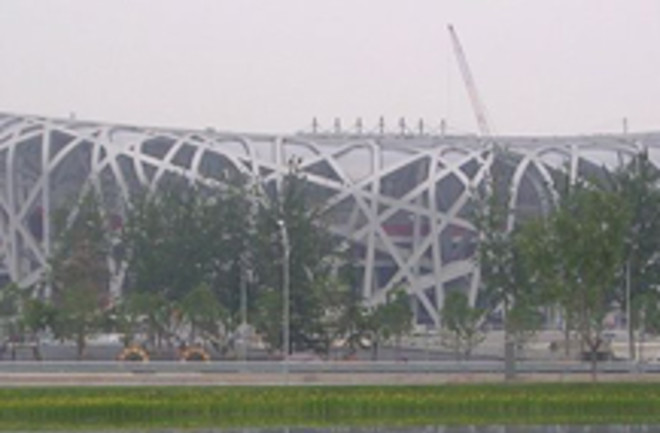 The Chinese government has been scrambling to cut down on air pollution before the world's best athletes compete in the Olympics next month; they've closed down factories near Beijing and allowed people to drive their cars only every other day. But according to researchers from Northwestern University, athletes aren't the only ones who need to be wary of dirty air. Even spectators, they say, could suffer serious health problems from traveling to China for the games. According to Dr. Gokhan Mutlu, people with cardiovascular disease, or risk factors like obesity, diabetes, or high cholesterol, could be at risk for a heart attack or stroke from spending too much time in the Beijing air. The microscopic particles in polluted air, like those from a coal plant or diesel truck, can make blood thicker and sticky, he says. Even if you have a healthy visit to China, you're not off the hook—Mutlu says the same pollutant particles can cause blood clots, especially if you spend too much time sitting down on one of those marathon flights back to the States. So what's a globe-trotting sports fan to do? Men over 40 should take aspirin, the researchers say, and everyone would do themselves a favor by staying inside during rush hour, when cars in traffic jams are spewing forth exhaust. And what about that lengthy flight home? Make sure you get up occasionally and walk around. That's probably good for you no matter where you're flying to or from.