In LA, people can barely handle carpool lanes. I wonder what would happen here if we tried what Beijing just allegedly pulled off: a day when cars with odd-numbered plates have to stay off the road, then another day when the ones with even-numbered plates have to stay home. This was accomplished because their smog is actually worse than ours and they have an Olympics coming up. 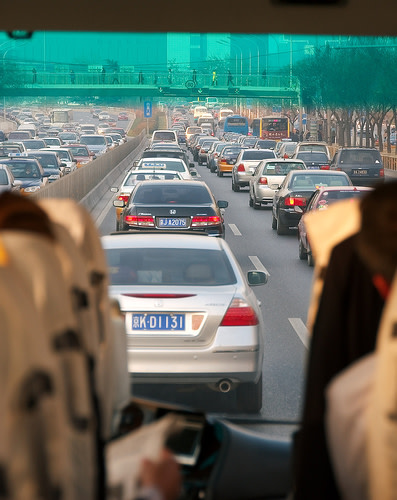 If we tried that here, it would be one situation in which having a vanity plate would actually be worth it. (No numbers in WLD DOGZ). So for America I propose an alternate system: women are forbidden from driving one day, men the next. What better way to subject cultural stereotypes regarding driving habits to scientific rigor? Teenagers vs. old people would be next.