It's the first time the river has linked with its natural terminus in more than 60 years. 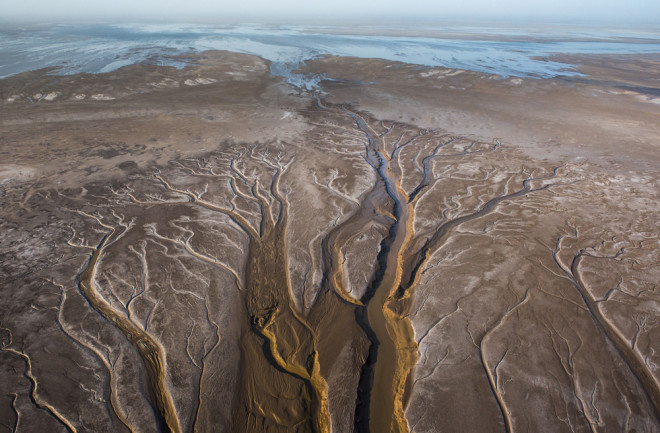 An aerial view of the Colorado River delta as the river once again meets the Sea of Cortez. | Peter McBride

On May 15, through the window of a propeller plane, conservationist Francisco Zamora witnessed history in the making. Below, he watched a finger of water creep down the dry Colorado River channel and meet the tide in the Sea of Cortez.

It was the first time the 1,450-mile river had been reunited with its natural terminus in more than 60 years (aside from a brief trickle during the unusually wet 1990s). Farms and cities siphon most of the river’s water before it reaches Mexico, but on March 23, under a binational agreement, U.S. and Mexican officials unleashed an eight-week “pulse flow” from a small dam on the border to help restore the delta. No one knew, though, whether the water would make it that far downstream.

While the 105,000-acre-foot surge amounted to less than 1 percent of the river’s average flow, the ecosystem is showing new signs of life. (One acre-foot of water is enough to supply two homes in the Southwest for about a year.) “The response of the birds is pretty amazing,” says Zamora, director of the Sonoran Institute’s Colorado River Delta Legacy Program. “Just adding water really enhances the habitat.”

Scientists and officials are exploring ways to keep the water coming. “We could potentially reconnect the river with not a lot of water,” Zamora says. “The pulse flow showed it can be done.”

[This article originally appeared in print as "A River Resurrected."]