Climatic Schizophrenia: Despite One of Wettest Julys in United States, Drought Conditions Expand 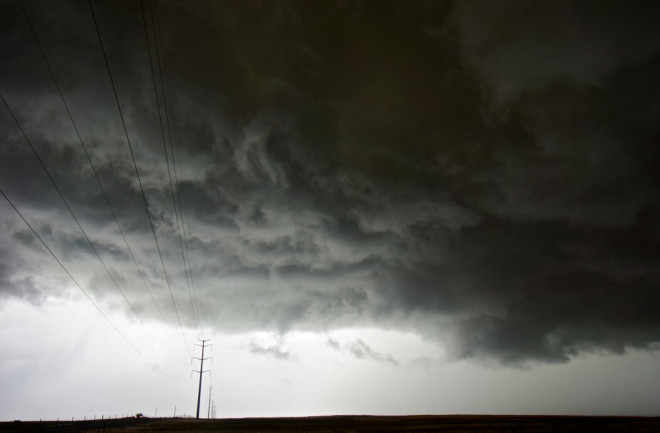 Copious quantities of monsoonal moisture have made scenes like this all too common in Colorado in recent weeks. (Photograph: © Tom Yulsman) It's been wet in much of the United States lately. Very, very wet. According to the National Climatic Data Center's monthly report, issued yesterday, the lower 48 states experienced their fifth wettest July on record. Yet all that water has failed to relieve drought conditions that afflict more than 41 percent of the United States. In fact, according to the NCDC report, drought actually expanded into parts of the Lower Mississippi River Valley and Midwest. From the report:

Much of the country was wetter than normal in July. (Map: NCDC/NOAA) In the East, 13 states actually had one of their ten wettest Julys on record — with Florida, in particular, getting drenched. Its 12.38 inches of rain was the most on record in the state for July. Throughout the region, flooding was a big problem, according to the NCDC. In the West, wet conditions stretched from California through the Southwest and right out onto the Plains. But even though California had its eighth wettest July, it wasn't enough to relieve the severe drought that still grips almost all of the state. We shouldn't be surprised. California experienced its driest January through June on record, and that profound moisture deficit can't be made up in just one month. Monsoonal moisture flowing up from the Gulf of California and Gulf of Mexico has been dousing large parts of Colorado, where I live, in recent weeks — as the image at the top of this post suggests. I shot it on August 3rd (the wet conditions are continuing) on a hilltop near Niwot, Colorado, a little town just east of the mountains and not far from Boulder. The ominous clouds with the green tinge — that's really the way it looked — heralded the arrival of severe weather that prompted the National Weather Service to issue a tornado watch for 17 Colorado counties. I'm not sure whether any tornadoes actually touched down, but golf-ball-sized hail pelted some communities, and high winds caused a good deal of mayhem. For an explanation of the summer monsoon pattern in my part of the country, see this ImaGeo post from July. Meanwhile, the United States experienced its 30th warmest July — not exactly a scorcher, and nothing compared to the misery still being endured in Asia. But the real story is again in the contrasts. The western and northeastern parts of the country generally experienced warmer than average temperatures in July. In fact, Massachusetts and Rhode Island had their warmest Julys ever. Meanwhile, the central and southern United States were gripped by cooler than normal conditions. So the U.S. climate story for July is really one of extremes. And as the NCDC report puts it:

The extremes in temperature and precipitation gave certain regions unusually high ranks of the Climate Extremes Index (CEI), which is an index that combines extreme weather indices to show their cumulative impact.

U.S. Climate Extremes Index. (Source: NOAA NCDC) The Southeast, West and Southwest all experienced high CEI values during July, according to the NCDC. Overall, there is some evidence that human-caused climate change is upping the odds for extreme weather. And over time, the CEI has been rising in the United States. Click on the thumbnail to see the trend.