Climate Change Will Begin Changing the Color of the Ocean 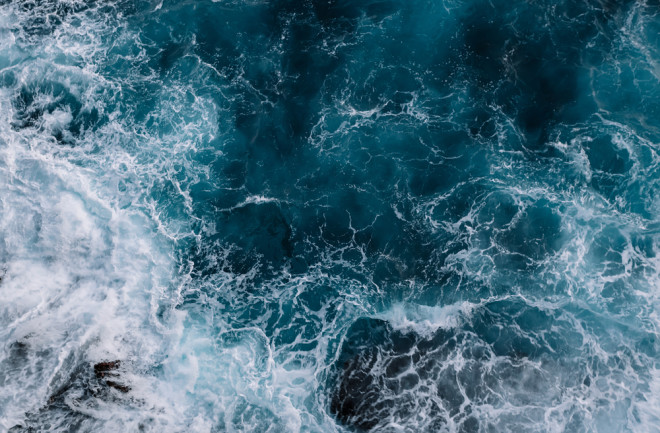 The ocean's colors could change as the climate warms, though it won't be very noticeable to the naked eye. (Credit: Ivan Kurmyshov/Shutterstock)

The ocean is rich in diverse shades of blue and green. Now researchers find climate change will alter the color of the oceans by the end of the 21st century. The changes won’t be dramatic, in fact, they likely won’t be visible to the naked eye, but it suggests that the hue of the ocean could be an important marker for scientists watching to see how climate change will affect our seas.

“Ocean color will give us an earlier signal of climate change effects on the marine ecosystem than other things we usually look at,” said Stephanie Dutkiewicz, a biogeochemist at Massachusetts Institute of Technology in Cambridge, who led the new research.

The ocean is awash in blue thanks to water. When sunlight hits the ocean, water molecules absorb most of the light, except for the blue part of the spectrum, which is reflected back. In contrast, much of the ocean’s green hues come from phytoplankton, the microscopic plants that provide the foundation of the marine food web.

“Phytoplankton provide the organic matter that feeds almost everything else in the ocean,” Dutkiewicz said. “So if you eat seafood, you care about phytoplankton.” Chlorophyll in phytoplankton reflects green light back instead of blue, making areas abundant with the tiny flora tend toward green.

Climate change will likely alter the types of phytoplankton that abound in future oceans. Since much of the ocean’s color comes from phytoplankton, Dutkiewicz and her team suspected that if these communities change, then the color of the ocean is likely to vary along with them.

To find out how much climate change will influence the ocean’s color, the researchers built a model that simulates how ocean color will shift based on the amount and type of phytoplankton present.

The simulations, which take about three weeks to run on a large array of computers, revealed we can expect our oceans to look a little different in the future, though it depends on where you go. Areas in the subtropics, including much of the Atlantic Ocean, will become bluer, whereas regions near the poles will become greener thanks to shifts in the types and abundance of different kinds of phytoplankton, the team reports today in the journal Nature Communications. In total, climate change will alter at least 30 percent of the ocean’s color by 2100 and perhaps more than 60 percent, the researchers say.

Although optical sensors in satellites will be able to tell the difference, Dutkiewicz notes the naked eye will likely won’t be able to pick up on the color changes. Still, the sweeping alterations to sea life will be significant enough to affect ocean’s food web, which phytoplankton sit at the base of.

Dutkiewicz recommends that future satellite measurements pay more attention to the color of the oceans they’re surveying. As the colors change, so too does the sea of life beneath.