Changes in the salinity of our oceans suggest dry regions will get drier, and wet regions wetter. 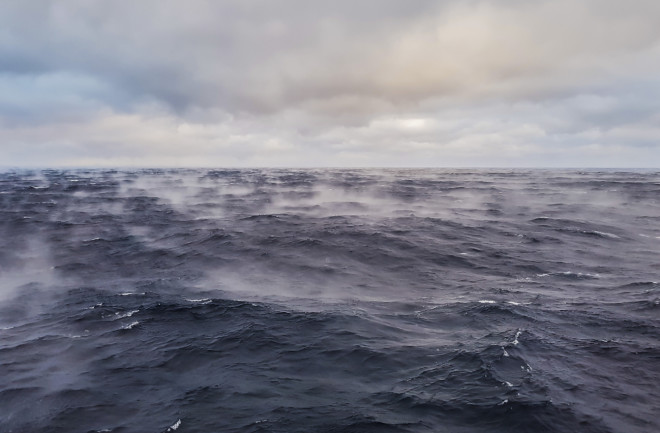 Human-induced climate change is warming the planet and, in turn, enabling our atmosphere to hold more moisture. The magnitude and extent of this shift are challenging to see on a global scale, but its effects on local weather are much more noticeable: Greater evaporation in some regions and increased precipitation in others has already driven more frequent and intense droughts and rainfall — with the risk of more extreme weather events looming in the near future.

“In recent years, we have continued to experience unprecedented floods where huge amounts of water have flushed through the climate system,” says Paul Durack, a climate scientist at the Lawrence Livermore National Laboratory in California. “Such changed conditions are consistent with the warming atmosphere and a turbo-charged water cycle.”

But determining how much the global water cycle has intensified isn’t easy. Evaporation rates are difficult to measure and, barring covering the entire globe with rain gauges, the estimation of precipitation levels is just as challenging. To work around this, climate scientists turn to the oceans, where most of Earth’s evaporation and precipitation occurs.

“We are able to determine how much the water cycle has changed based on observations of ocean salinity,” says Taimoor Sohail, a climate scientist at the University of New South Wales in Sydney.

In a new study, he and a team of researchers studied changes in the salt content of the world’s oceans, accounting for mixing and currents. They found that since 1970, water near Earth’s subtropical zones (for example, the southeastern U.S.) has become saltier due to increased evaporation; and water closer to the polar regions has turned less salty due to increased precipitation. “It’s like when you leave a bowl of salty water outside in the sun and the freshwater evaporates, leaving the salt behind,” explains Sohail.

The results suggest that the water cycle has intensified, with more evaporated water being transported from warm, dry regions to higher latitudes where it falls as rain or snow. “The salinity changes confirm that wet regions are becoming wetter,” says Durack. “This means fresh, oceanic regions are becoming fresher and drier parts are becoming drier, or saltier, in the already salty ocean.”

This result is consistent with the first study of ocean salinity and the water cycle, published back in 2003, and subsequent work — including 2012 research led by Durack that reported an 8 percent water cycle intensification based on ocean salinity changes between 1950 and 2009.

“Each study has taken a slightly different approach, but we are more or less getting a very consistent intensification — about a 7 percent increase per degree Celsius [of global warming],” says Durack. “This latest study is yet another confirming the growing consensus.”

The observed salinity changes from the past few decades also suggest a greater intensification of the water cycle than what is predicted by current climate models. “We are pushing an intensification up to double what climate models have estimated,” explains Sohail. “This should be seen as a motivator to hasten efforts towards climate change mitigation and adaptation, especially extreme rainfall and evaporation changes.”