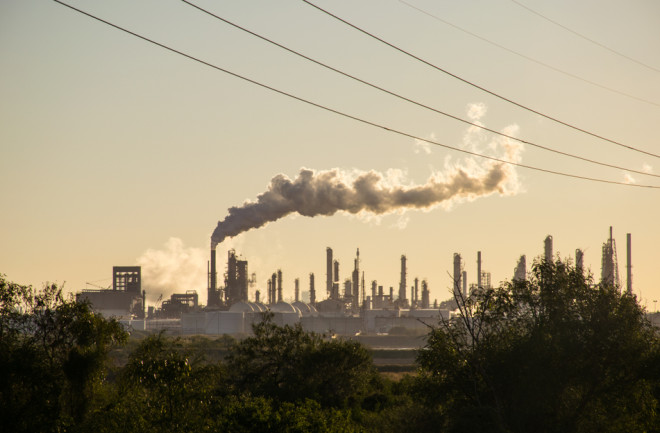 Climate change is real. It’s happening now. And it presents significant problems for the U.S. across multiple facets of society, according to a panel of climate and policy experts that testified before the House Science, Space and Technology Committee Wednesday in Washington, D.C.

The testimonials were part of the House Science Committee's first full hearing of the 116th Congress and one of only a handful in the last eight years to address climate change. But that's about to change. In her opening remarks, House Science Committee Chairwoman Eddie Bernice Johnson (D-TX) said Wednesday's hearing will be the first of multiple hearings on climate change in the near future.

“Climate change is not just an environmental challenge,” said Robert Kopp, a climate scientist at Rutgers University in New Brunswick, New Jersey, during his testimony. “It’s an economic challenge, an infrastructure challenge, a public health challenge and a national security challenge.”

For the most part, House representatives were in agreement with the panel that climate change is real and harming not only the environment but the economy and Americans. During the nearly two and half hours of questions that followed the researchers' testimonies, representatives asked the scientists to identify priorities and sought their suggestions for solutions. “Human emissions of CO2 must be brought as close to zero as possible with any continued emissions of CO2 balanced by human removal of carbon dioxide from the atmosphere,” said Kopp, who suggested expanding forests and using new, but little-tested technologies as a start. “The faster we reduce emissions, the less severe the effects and the lower the risk of unwelcome surprises,” he added. Cities, states and a number of companies are already taking action by adopting emission reduction targets, but Kopp says these efforts need to grow dramatically and rapidly to effectively manage climate risk. But Joseph Majkut, a policy expert with the Niskanen Center, a non-partisan think tank based in Washington, D.C., who also testified, acknowledged, “That’s a challenging thing to do.” “To even get close, we’ll need significant innovation in low-carbon technology, finance and market design in order to be able to provide reliable, affordable and globally accessible low carbon energy,” Majkut said. Majkut projected that to reach any temperature target, much less the 1.5 degrees C (2.7 degrees F) of warming goal set by the IPCC, would require carbon capture and storage of fossil fuels as well as carbon removal technologies in conjunction with renewable energy and storage solutions. He then advocated for research into alternatives to reducing global emissions, such as geoengineering technologies that would offset greenhouse gas production. The scientists' recommendations align with many facets of the Green New Deal Rep. Alexandria Ocasio-Cortex (D-NY) and Sen. Ed Markey (D-MA) recently proposed. The legislation calls for a massive policy shift that bolsters the U.S. economy and cuts greenhouse gas emissions to zero. Like the solutions Majkut outlined for the House Science Committee, the Green New Deal lists expanding and upgrading renewable energy sources, removing greenhouse gases from the atmosphere and increasing carbon storage as ways to achieve its goal. Rep. Ralph Norman (R-SC) and others raised concerns about the cost of such an initiative, asking "If the Green New Deal were implemented immediately, wouldn't it devastate our economy?" But, says Majkut, reducing CO2 associated with economic activity is "one of the cheapest elements" of the bill.

The scientists testifying before the House also recommended prioritizing research into the ways society might adapt to climate change and called on federal support for studies of how climate change will affect communities, a research topic Kristie Ebi, an epidemiologist at the University of Washington in Seattle, is already looking into. Ebi, another scientist to testify at the hearing, investigates how climate change affects human health. Researchers have discovered Americans are already suffering and dying from climate change and the impacts will likely only get worse. “Risk from vector-borne diseases such as malaria, Dengue fever and Lyme disease are projected to increase with warming from 1.5 to 2 C (2.7 to 3.6 F) including potential shifts in their geographic range to areas previously unexposed to these diseases,” Ebi said. “Further, our healthcare infrastructure is vulnerable to extreme events with, for example, many hospitals and healthcare clinics located in coastal regions subject to flooding.” Yet, there are achievable ways to alleviate the projected risks and costs associated with climate change's impacts on communities, Ebi said, such as “developing early notification response plans for extreme heat ... and incorporating climate projections into emergency preparedness and disaster risk management initiatives.” “These steps can protect health now and provide a basis for effective adaptation to our future climate,” she added. And if the world does not slow the rise of greenhouse gas emissions, Americans’ health and the U.S. economy will suffer because of impacts associated with mortality and the ability of people to work outdoors, scientists say. More extreme weather events will also affect human health and the economy. “We know that in 2018, the losses due to extreme weather were roughly $160 billion just to the U.S.,” said Jennifer Francis, an atmospheric scientists at the Woods Hole Research Center in Falmouth, Massachusetts, during her testimony. “But what keeps me up at night is thinking about my own daughter and the world she will face if we do nothing.”