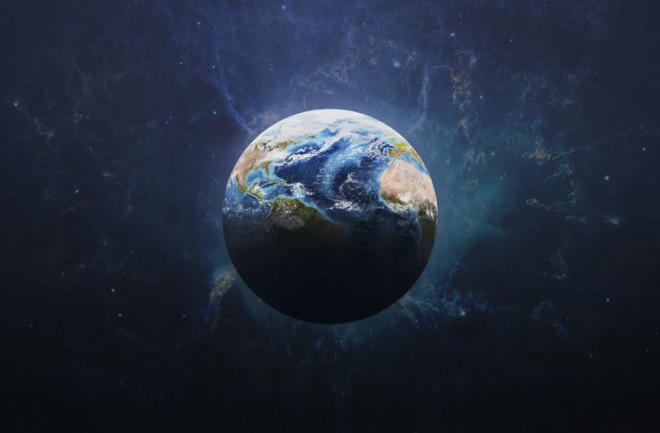 Our planet is getting warmer today, that’s a fact. But, this isn’t the hottest time in our planet’s history — far from it, in fact. At various points, millions or billions of years ago, Earth was much more toasty than it is now.

One of the most notable hot flashes came 56 million years ago, during the Paleocene-Eocene Thermal Maximum, or PETM. It was a relatively brief period of rapid, abnormal warming. During that time, temperatures that were already far above normal spiked by around nine degrees Fahrenheit (5 degrees Celsius) over a period of just a few thousand years. Tropical conditions prevailed far beyond the equator, and ice caps were entirely absent from the poles.

The effects on life were dramatic. Marine organisms died in droves, unable to contend with warmer waters. Meanwhile, mammals benefited, spreading and diversifying rapidly in the millennia afterwards, setting the stage for future species, including us.

The PETM is also a benchmark for our current climate, offering insights into what it looks like when the Earth warms rapidly while carbon spills into the atmosphere.

But the PETM wasn’t initiated by atmospheric carbon, though carbon did exacerbate the temperature increases. Instead, a group of scientists from the University of Hawaii and Utrecht University now say it was a confluence of astronomical and terrestrial conditions that combined to tip our planet over the edge.

The find, published in Science, adds to our understanding of how changes in Earth’s orbit affect climate. It also offers insights into a rare historical precedent for our current era of global warming.

The crux of the issue is the fact that Earth’s orbit isn’t the perfect, stable circle we usually imagine. Our path around the sun actually looks like a very slightly squashed circle, or ellipse. Astronomers call this eccentricity, and it varies predictably over time, becoming more or less squashed in a regular cycle. But the degree of eccentricity has noticeable, if subtle, effects on the climate, says University of Hawaii oceanographer and study co-author Richard Zeebe.

“If we look at the past 100 million years, we see distinct relationships between changes in eccentricity and climate,” he says.

He and his coauthor Lucas Lourens used a sediment core from the South Atlantic Ocean to track changes in Earth’s eccentricity around the time of the PETM. Looking at what kinds of sediment were laid down on top of each other, they saw a regular pattern that lined up with cycles of eccentricity from astronomical models. Because sediments change predictably as the climate changes, they’re a good proxy for the variations in Earth’s orbit, the authors say.

With the method, they were able to pinpoint the sudden temperature spike of the PETM at 56 million years ago, right when Earth’s orbit was at its most eccentric, or elliptical.

A more eccentric orbit would mean that more solar radiation is hitting Earth, Zeebe says. So it makes sense that it would cause warming. And Earth’s climate was already hot at that time, meaning that it may have been primed for the kind of feedback mechanisms that led to the PETM.

“There are indications that this simply triggered threshold behavior,” he says. “So, you’re warming up slowly, slowly, slowly, and then you have a trigger like eccentricity which then can cause feedbacks that essentially result in the PETM.”

The stifling conditions persisted for about 170,000 years, Zeebe says, a longer range than some previous estimates assumed.

The new explanation for the PETM is intriguing on its own, a reminder that the dynamics of Earth’s orbit can have real effects on our lives. But the PETM is invaluable as a resource for understanding climate change today as well. It’s one of the few periods in Earth’s history where the climate has gotten very warm, very fast, and it could offer some hints of what we can expect in the near future.

Extinction events and the rapid movement of species into new habitats was one result of the PETM, and the impact of those biological perturbations are still playing out today. Climate change is similarly stressing species out across the globe, while allowing others access to new habitats.

And the PETM sounds a warning for us as well, as if we still needed one. While the Earth isn’t yet in danger of the extreme warming seen 56 million years ago, just a few degrees could have disastrous consequences. The kind of feedback effects that just a little warming kicked off back then could happen again today, turning a small change into a massive one.

“You nudge the system into one direction and the response of the system is to go even farther in that direction,” Zeebe says.