Catching the Monster Wave...With a Surfboard or a Camera 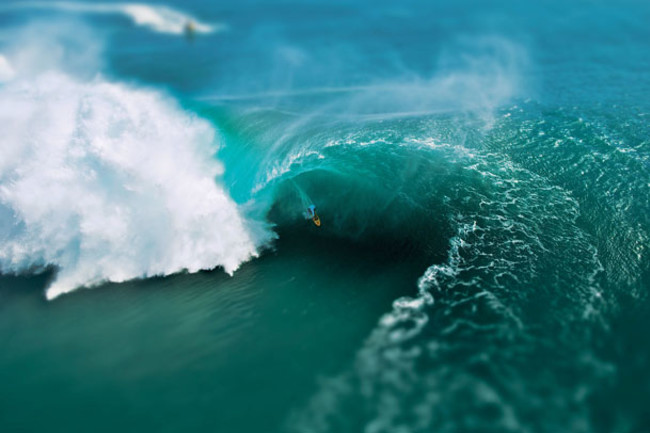 Swell does not begin with a tale of skill and bravado, but rather a recounting of a humbling experience--crying for help before going under in a terrifying wave that would not be ridden. Throughout the book the primacy of the ocean is what you see and feel first, with the surfer appearing as a dwarfed figure, if at all. Former editor of Surfing Magazine and big wave surfer Evan Slater (no relation to surfer Kelly Slater) offers what to do when facing a massive wave:

"There are many scary things about big-wave surfing. But perhaps what captures people’s imagination (and fears) the most is the prospect of being “caught inside.” It’s the avalanche dilemma: What do you do when a forty- foot wall of whitewater is about to mow you over? Run? Stay put? Let out a faint cry for help? In this case, it’s dive as deeply as you can in the few seconds you have. Unfortunately, these avalanches run deep, extending fingers of turbulence to depths up to twenty feet under a fifty- to sixty-foot wave. Make it below those fingers and it’s as tranquil as a swimming pool. Get caught, and you’ll be tossed around like a toddler in a tornado, released only when the wave decides to let you go. Even worse? Gasping to the surface and facing another one right behind it."

Due to meteorological tools, observation and the internet, waves can be forecast with some a few weeks in advance, and surfers are among those charting the tides. The same storm conditions that will send homeowners and beachcombers packing will bring hopeful surfers to the coastline in droves. Mr. Slater: "The best storm-producing conditions in the North Pacific are a phenomenon famously known as El Niño, which comes around every ten years or so as a result of warming equatorial waters in the Pacific. El Niño disrupts the typical global weather pattern and is blamed for everything from forest fires in Indonesia to flooding in Somalia. It also adds fuel to the North Pacific (warmer water enhances storms), creating a “steroid effect” on developing low-pressure systems. So, while some regions in the world dry up, Hawaii and the West Coast are flooded with both rain and swell. It’s no coincidence that all the biggest years on record for waves—1969, 1983, 1998, 2010—are El Niño years."

A host of photographers contributed images that use a variety of perspectives including views from sand level to aerial, and cliffside to underwater. A range of techniques including tilt and shift large format cameras, time exposures, and black and white add necessary texture to this pelagic paean. 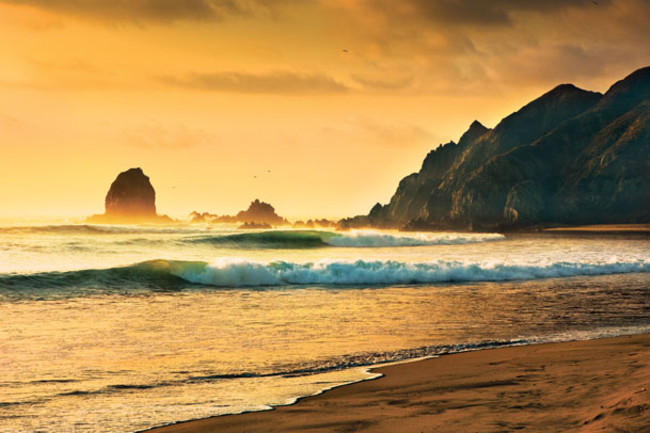 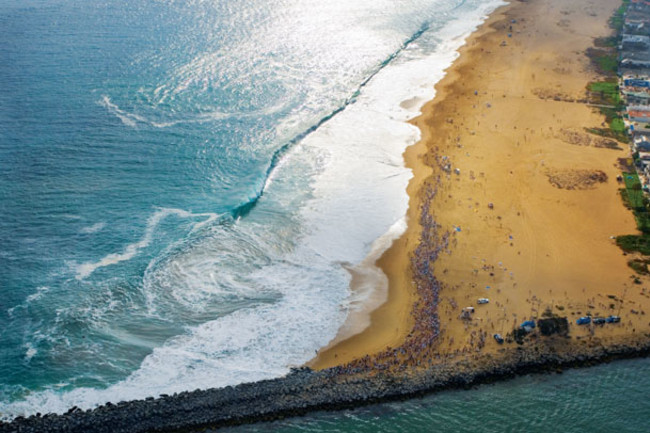 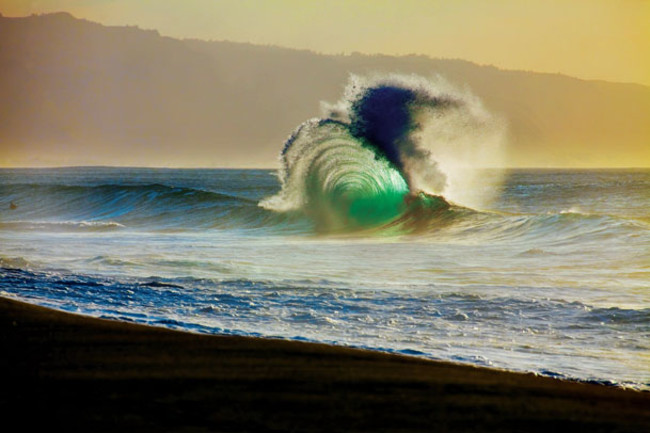 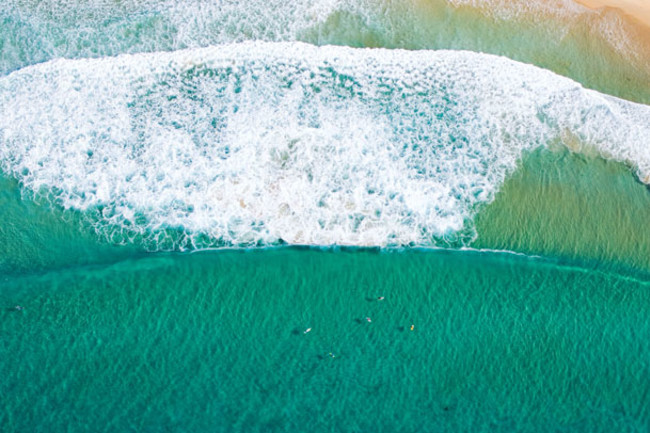