Can Clean Coal Actually Work? Time to Find Out.

The first "clean coal" power plant is now up and running. 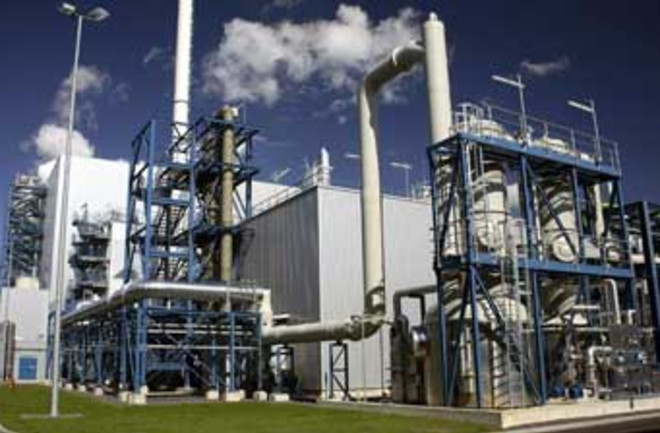 The world’s first “clean coal” power plant fired up in September in the eastern German city of Spremberg. Traditional coal-fired power plants, which produce 36 percent of all carbon dioxide emissions in the United States, are the fastest-growing source of energy—and air pollution—around the world.

Clean coal technology does not release carbon dioxide into the air, instead using carbon capture and storage (CCS) to collect the gas, concentrate it, and pump it deep underground for permanent storage in natural geologic formations. At least that is the concept; there has never been an operational CCS system at a coal-fired power plant, until now.

The pilot plant in Spremberg, built by the Swedish utility Vattenfall, focuses on the carbon capture part of the equation. First coal is burned, boiling water and producing steam that drives a turbine to generate electricity. Then the resulting waste gas, largely carbon dioxide and water, is cycled back into a boiler in a process that concentrates the carbon dioxide. The concentrated gas is “scrubbed” by sulfur-absorbent materials to remove the compounds that cause acid rain. The CO2 that remains is condensed, compressed to a liquid under high pressure, and cooled to –18 degrees Fahrenheit, where it remains in liquid form. Vattenfall soon plans to begin trucking the liquid carbon dioxide more than 100 miles to a depleted natural gas field, where it will be pumped some 3,000 feet underground for storage.

Vattenfall has high hopes for clean coal, but the company regards this process as a bridge to renewable-energy technologies rather than a permanent solution to climate change. “Sooner or later we have to find something else,” says Vattenfall’s Staffan Görtz. “Using this technology will buy us time.”