Can a Maligned Pesticide Save Lives?

DDT may be a useful public-health tool—until its effect wears off. 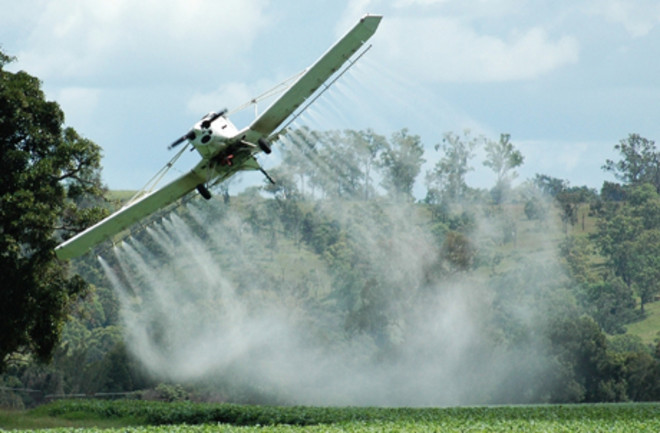 DDT, formerly one of the most common industrial chemicals, was banned in the United States three decades ago, in no small part due to the work of one woman: Rachel Carson. Born a century ago this year, Carson published Silent Spring, a haunting book that has been credited with helping to found the modern environmental movement in 1962. In her landmark book, she documented a litany of evils observed after DDT and other organochlorine insecticides were sprayed on landscapes, rivers, and lawns: dead birds and paralyzed birds, pigeons dropping from the sky, bird nests without eggs and eggs that did not hatch, dead fish and fish swimming in circles, cancers in humans, and a buildup of DDT in the fat of animals and people.

But in more recent years, a conglomeration of critics from organizations as diverse as the conservative American Enterprise Institute and the civil rights group Congress of Racial Equality have charged that Carson overstated the dangers of DDT, that it is not a carcinogen, and that at moderate doses, it is not even harmful to birds. Above all, her opponents argue that the reduction in DDT use has led to a dramatic rise in mosquito-borne malaria cases in Africa and South America. Bring back DDT, they demand, and let it be sprayed on the inner walls of houses, where it would kill vectors of malaria and other insect-borne diseases like dengue and typhus.

It’s clear that eliminating DDT as a common agricultural pesticide has had marked environmental benefits, according to Chandler Robbins, an 89-year-old wildlife biologist at the U.S. Geological Survey’s Patuxent Wildlife Research Center in Laurel, Maryland, who worked directly with Carson in the 1940s. (Carson herself died of cancer in 1964.) Following the publication of Silent Spring, Robbins helped develop the Breeding Bird Survey, a continent-wide census of birds designed to track changes in populations. “Rachel was right about the drastic effect DDT was having on populations of birds, fish, and other wildlife,” Robbins says. “The peregrine falcon and the brown pelican, in particular, were rapidly heading for extinction, and hundreds of other species were showing drastic declines.”

In fact, Carson may have underestimated the impact of DDT on birds, says Michael Fry, an avian toxicologist and director of the American Bird Conservancy’s pesticides and birds program. She was not aware that DDT—or rather its metabolite, DDE—causes eggshell thinning because the data were not published until the late 1960s and early 1970s. It was eggshell thinning that devastated fish-eating birds and birds of prey, says Fry, and this effect is well documented in a report (pdf) on DDT published in 2002 by the Department of Health and Human Services’ Agency for Toxic Substances and Disease Registry (ATSDR). The report, which cites over 1,000 references, also describes how DDT and its breakdown products accumulate in the tissues of animals high up on terrestrial and aquatic food chains—a process that induced reproductive and neurological defects in birds and fish.

On the subject of cancer, however, the evidence is more equivocal. Although the EPA has classified DDT and its metabolites, DDE and DDD, as “probable human carcinogens,” and although mice exposed to DDT for more than a year did develop liver tumors, a detailed analysis of multiple studies of breast, pancreatic, prostate, testicular, and other forms of cancer in people led the authors of the ATSDR report to conclude that “there is no clear evidence that exposure to DDT/DDE causes cancer in humans.”

So is it safe to apply DDT to combat malaria? One advocate for its use is Donald Roberts, a medical zoologist recently retired from the Uniformed Services University of the Health Sciences in Bethesda, Maryland, and a member of the board of Africa Fighting Malaria, which collaborates with conservative think tanks. “The reason that I promote the use of DDT is because, number one, it’s very cheap,” he says. “Number two, it’s long lasting. And number three, as a repellent it keeps mosquitoes from entering the houses to a greater degree than any other chemical that we know of.” Roberts has studied malaria transmission in Central and South America for three decades and claims that spraying DDT inside houses—while avoiding its use in agriculture—has already produced “spectacular declines” in malaria rates in those regions.

But elsewhere, the picture is murkier. According to the World Health Organization (WHO), over 500 million cases of malaria occur each year, resulting in an estimated 1 million deaths. Most of these cases of illness and mortality occur in sub-Saharan Africa. But no one can say whether malaria rates have increased or declined in Africa as a whole in recent decades because of difficulties in collecting data, says Valentina Buj, public-health officer for the WHO’s Global Malaria Programme in Geneva. Some countries do not track whether DDT has been used to combat malaria. “Given the wide variation in the transmission of the disease—endemic areas, areas of low endemicity, hyperendemic areas, and sometimes these strata all occurring in the same country—we prefer to look at each country separately without aggregates over the entire continent,” Buj says.

The confusion is also reflected by the fact that in the past year officials at the WHO have issued contradictory directives on the use of DDT to fight malaria. On September 15, 2006, Arata Kochi, the head of the Global Malaria Programme, announced at a news conference in Washington, D.C., that DDT posed no health risk when sprayed in small quantities on the inside walls of houses, and he called for an expansion of its use to combat the mosquito-borne disease. Then on May 3, 2007, Maria Neira, director of the WHO’s public-health and environment department, said at a Dakar, Senegal, meeting of the ratifiers of the Stockholm Convention—an international treaty that went into effect in 2004 that controls the use of persistent organic pollutants like DDT—that the WHO’s goal was to reduce the use of DDT and eventually eliminate it.

Lost in all the hullabaloo is the fact that DDT has never been completely banned for use in public-health measures. The Stockholm Convention defines disease control as an “acceptable use” for DDT, and 13 countries in Africa and Asia have registered their intention to use it as such. Among them is South Africa, which claims significant success in controlling malaria since DDT was reintroduced to that country in 2000. According to South Africa’s department of health, the number of malaria cases in the country dropped by 65 percent between 2005 and 2007, and deaths from the disease fell by 73 percent. The agency attributes the decline to an increase in indoor spraying with DDT, but also to earlier surveillance and detection of the illness in malaria-prone regions and the use of a drug, artemisinin, to treat multidrug-resistant strains of the malaria parasite.

Given the fact that DDT does appear to be effective at fending off malaria mosquitoes in some places, its use would seem logical—but if applications do become more widespread, users may encounter a problem that Carson herself highlighted in Silent Spring: resistance to the insecticide by the Anopheles mosquitoes that transmit malaria, says Michael Fry. Since Silent Spring’s publication, hundreds of mosquito species have become resistant to DDT, and although the rise of resistance has slowed since the ban on the agricultural use of DDT, many mosquito populations are already immune to its effects, says Pierre Guillet, of vector control and prevention at the WHO’s Global Malaria Programme. While the main malaria vector in South Africa, Anopheles funestus, is susceptible to DDT, a secondary vector, A. arabiensis, has developed resistance to DDT and other insecticides. Elsewhere in Africa, mosquito resistance to DDT is already common. “DDT resistance in Africa as well as several other parts of the world has been acquired because of massive use of these insecticides for crop protection,” Guillet says.

That’s why Fry and others believe that a broader and better solution is one that would help humans while minimizing the impact on wildlife and the environment. That solution is a suite of techniques called integrated vector management: draining mosquito-breeding pools, spraying safer, less persistent pesticides known as permeth­rins, and plastering homes with mosquito-repelling lime. This last approach has been applied successfully in Mexico, which no longer uses DDT for vector control. “No single pesticide will ever solve the problem,” Fry says. “What you need to do is use a variety of different pesticides in different years to minimize the insect resistance problem. You want to use other techniques as well—wetlands management, netting, screens, repellent chemicals indoors. If you rely on a single chemical like DDT, you’re going to fail.”