California’s Fog Is Clearing, and That’s Bad News for Redwoods 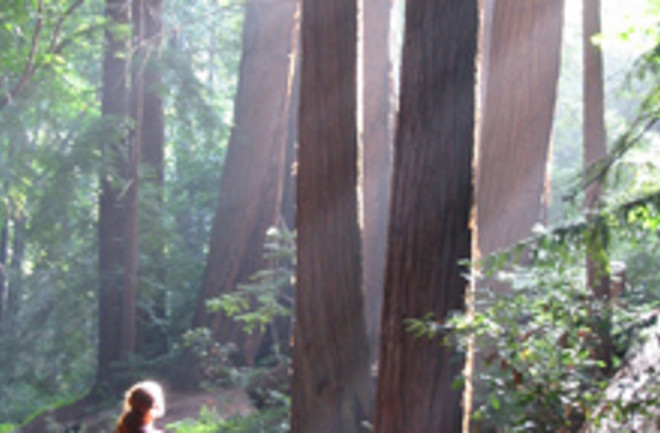 It's not easy to survive century after century, through droughts and storms and oscillations of the climate. So California's majestic coastal redwoods have developed a few tricks, like their great height: The trees can grow to more than 350 feet high, allowing their treetops to pull in moisture from the fog to keep their water levels refreshed. But, according to a new study in the Proceedings of the National Academy of Sciences, the fog is on the decline, which could spell trouble for redwoods and other area species.

Fog often rolls ashore along the California coast from June through September. The hot, dry inland air rises and creates a vacuum that sucks in the cold, vaporous air from over the ocean [Wired.com].

While the small strip of land about 50 miles inland from the coast where the redwoods live is dry and hot, this influx of moisture keeps the giant trees hydrated.

To obtain a historical record of coastal fog, the researchers looked at data on ceiling heights recorded hourly at several airports from 1951 to 2008. And they extrapolated back to 1901 using long-term land temperature data [The New York Times].

With the sea becoming warmer, less fog formed in the first place: Coastal fog cover decreased by more than an hour a day since 1951, researchers Todd Dawson and James Johnstone found. Temperature changes affected the fog, too. The coast has heated up faster than the redwood's inland habitat, lessening the temperature difference between the two, which lowers the force pulling the fog inland. As a result of all this, the scientists propose that the redwoods receive at least three hours less fog per day in the summer than they used to. Redwoods are tough enough to survive anyway, the researchers say, but there's another problem.

Wired.com that we shouldn't focus exclusively on the towering, awe-inspiring sequoias, because lower levels of fog will affect many ecosystems that rely on it for moisture. Related Content: DISCOVER: The Strange Forests That Drink—And Eat—Fog DISCOVER: The Life, Death, And Life of a Tree Discoblog: Treehuggers vs. Solar Supporters: Who Cares More About the Environment? 80beats: Is Google the Guardian Angel of Rainforests?

"As fog decreases, the mature redwoods along the coast are not likely to die outright, but there may be less recruitment of new trees" [Reuters], says Dawson. That means fewer seeds are likely to sprout and take root along the coast, and then to grow to maturity. In addition, climate scientist Phil Duffy tells