As pessimists on climate change are fond of reminding us, China and India are catastrophically prolific builders of coal-fired power plants these days. While we're busy greening the Emmy Awards, they are quietly doing what they feel they need to do to provide energy for their expanding economies, more than compensating for all of the West's cute anti-warming efforts by increasing the gadrillions of tons of carbon they release into our shared atmosphere. But new carbon burying tech might help them not be so destructive. 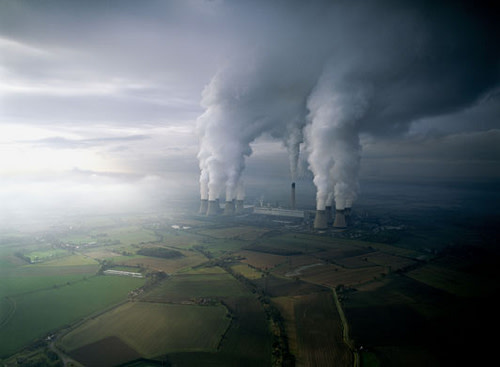 The consulting firm McKinsey & Co has just issued a report saying that even without government funding, the technology for trapping the carbon emitted by coal plants and burying it might pay for itself by 2030. China and India probably won't throw themselves into the new tech whole-heartedly at first, because it looks like it will add about a billion euros to the initial cost of building each new plant. But the EU has stepped up by ordering a slew of trial models built by 2015. Of course, there's the small problem of the rich West having already created a horrendous climate situation. Not the best dynamic for pressuring an ascendant China into good stewardship. We're basically the parent that just got thrown out of Betty Ford trying to get junior to put down the vodka. I think that might have been what happened in Postcards from the Edge.