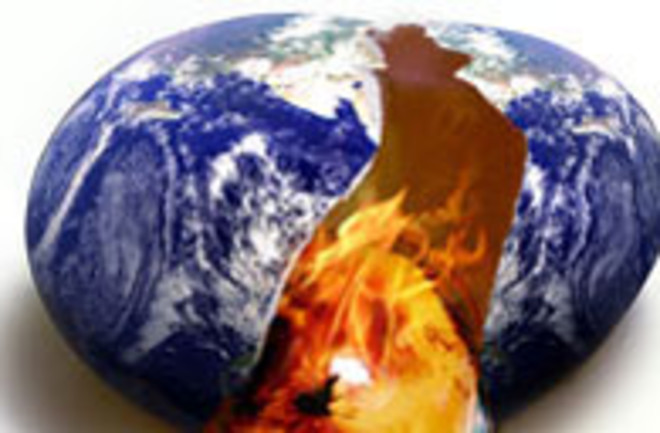 A UK documentary called the The Great Global Warming Swindle misrepresented the views of several climate scientists and disregarded broadcasting rules on impartiality, according to a review by a regulatory panel. But the ruling on the much-debated global warming film gave both sides something to cheer, as it also said that the film did not mislead audiences "so as to cause harm or offence."

The film's key contentions were that the increase in atmospheric temperatures observed since the 1970s was not primarily caused by emissions of greenhouse gases from burning fossil fuels, and that the modern focus on climate change is based in politics rather than science. It is seen in some "climate sceptic" circles as a counter to Al Gore's movie An Inconvenient Truth, and credited with influencing public perception of climate science [BBC News].

Many of the high profile scientists who complained of their treatment in the documentary, who included top government scientists and members of the Intergovernmental Panel on Climate Change, say the regulators did not judge the film harshly enough. One of those scientists, Carl Wunsch of MIT, says the film is

"a political propaganda film masquerading as a science documentary. The film exaggerates the credentials of its purported 'experts', changed published data to suit its own ends, and in general took a complicated scientific problem, over-simplified and changed the evidence, while suppressing all contrary views from the true experts" [Telegraph].

The regulators declared that broadcasters violated rules of impartiality only in the documentary's final section, which dealt with the politics of global warming. They declared that the rest of the film, which dealt with climate science, did not violate the rules, but for an ironic reason. Public broadcasters only have to maintain impartiality on controversial subjects, they say, and

"the link between human activity and global warming... became settled before March 2007". This being so, it says, climate science was not "controversial" at the time of broadcast [BBC News].