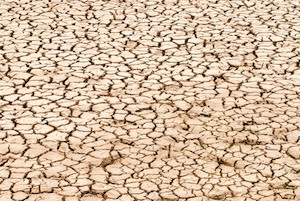 Even ignoring the wildfires and drought this season, the sweltering heat itself is proclaiming this an intense summer. And unusually hot summers are becoming not so unusual, according to a new study

in the Proceedings of the National Academy of Sciences. Researchers averaged the summer and winter temperatures for multiple locations across the globe during the years from 1951 to 1980, establishing a baseline for each season. Then they measured how much the temperature varied from this average over the years. They found an increasing number of anomalies in the past 30 years. We no longer have equal odds of the summer temperatures being unusually hot, or unusually cool. Instead, as the researchers phrase it, we are dealing with loaded dice: we are now much more likely to have a hot summer than an average or cool one. And hot temperatures have become both more frequent and more intense. In the time period from which the researchers drew their average, less than one percent of land on Earth suffered from extreme hotter-than-usual temperatures (more than three standard deviations above the average) at any one time. Now, these temperature hotspots cover 10 percent of the land. And one of the paper’s authors, climatologist James Hansen

, not only claims that the climate dice have been loaded, but also that we can blame global warming for loading them. In an op-ed for the Washington Post

, he writes, “Our analysis shows that, for the extreme hot weather of the recent past, there is virtually no explanation other than climate change. The deadly European heat wave of 2003

and catastrophic droughts in Texas and Oklahoma

last year can each be attributed to climate change.” His explanation: Global warming was the only thing that changed during the same time period when this increase in extreme heat events occurred. Other frequently blamed heat wave culprits like natural variability and El Niño remained unchanged, and thus cannot be viable explanations for these weather events. Some scientists disagree with the study, saying it doesn't convey any new information, while others think that he has exaggerated the clarity of the connection between climate change and heat waves. "This isn’t a serious science paper...It’s mainly about perception, as indicated by the paper’s title. Perception is not a science," one government researcher said

Image of cracked earth via Shutterstock