Bitcoin Will Soon Use More Energy Than Austria 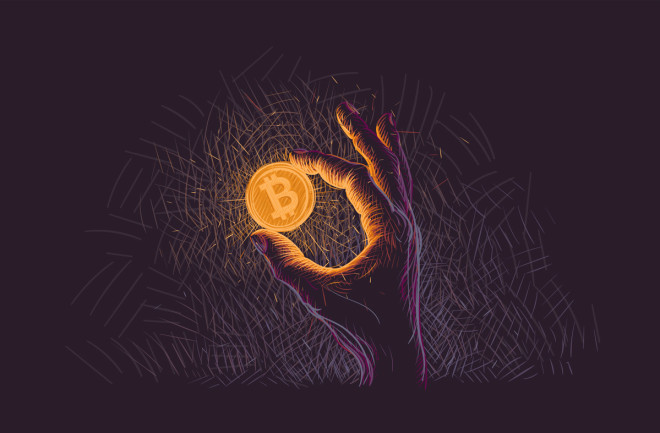 (Credit: yuRomanovich/Shutterstock) By now, we’re all tired of hearing about the virtual currency turned investment craze known as Bitcoin. Created in response to the 2008 financial crisis, anarcho-capitalists hailed it as the decentralized future of commerce. But as prices soared and the biggest names on Wall Street bought in, Bitcoin became mostly known as a speculative, unregulated investment. Think Beanie Babies, but you can also use them to buy drugs and engage in human trafficking. Perhaps the most remarkable Bitcoin storyline recently has been just how much computational horsepower it takes to create the virtual currency: some 26 quintillion calculations per second. That adds up to tremendous energy bills. But it’s been tough to put exact numbers on Bitcoin’s massive energy consumption. Most estimates have been “back-of-the-envelope” type calculations. A study published Wednesday in the journal Joule attempts to change that. Economist and digital currency expert Alex de Vries applied traditional economics to better understand Bitcoin’s current and future energy consumption. His results are staggering: Bitcoin uses roughly as much electricity annually as Ireland. And just one Bitcoin transaction requires as much electricity as an average household in his native Netherlands uses in a month. Projecting forward, the power drain becomes even more alarming. By year’s end, Bitcoin could consume as much electricity as Austria — or roughly one half of one percent of humanity’s total power needs. If the cryptocurrency’s price grows as some expect, it could eventually chew up 5 percent of global electricity. “This increasing electricity demand is definitely not going to help us reach our climate goals,” says de Vries, who's also the founder of Digiconomist, in a media release. Always-On Technology Bitcoin’s intense energy consumption is baked into its design. To stop people from fraudulently spending their virtual money more than once, each Bitcoin transaction gets a precise timestamp. This public ledger is known as the blockchain. It underpins all consumer confidence in the system. To create it, computers around the world continuously crank away at calculations, generating numbers as they compete to process transactions. If your computer gets selected to process a Bitcoin transaction, you’re rewarded 12.5 new coins plus a transaction fee. This means that the computers processing Bitcoin are chugging away at calculations non-stop — even when they’re not involved in an actual transaction. The more calculations you do, the more chances you have to get a transaction fee. In Bitcoin’s early days, the need was small and many transactions happened on home computers. But now some 200,000 Bitcoin transactions transpire every day. “If you want to get a bigger slice of the pie, you need to increase your computing power,” de Vries says. “So there's a big incentive for people to increase how much they're spending on electricity and on machines." The growth and increased complexity, paired with the reward, has led to a worldwide rush to build vast Bitcoin mining operations. You can see this across Eastern Europe, China, Russia and Siberia, where Bitcoin server farms are so big that their excess energy is literally warming houses. Or, for example, the Russian nuclear scientists caught trying to use a government supercomputer for mining cryptocurrency. de Vries’ study tries to figure out when the expense will level off with the reward, slowing the industry's growth and energy consumption. And he admits his estimates are shaky. Bitcoin mining is a secretive business, and so some of the information he relies on came from eyewitness accounts. But the results are important for understanding the industry’s sustainability and passing effective regulations. “I’m doing this research,” he says, “but a lot of people should be doing it.”