Science journalist Emily Anthes has a book coming out in March that I'm eager to read. 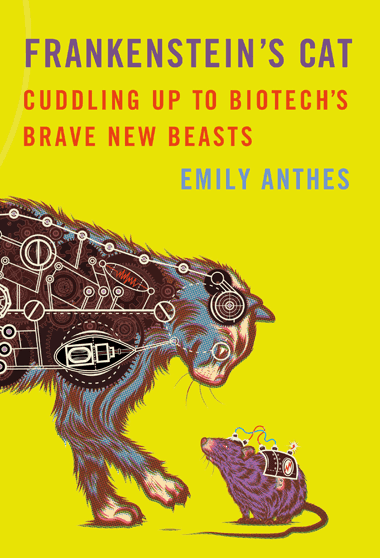 Great title, cool cover! Virginia Hughes recently talked with Anthes about her book. Here's an excerpt from that interview:

VH: I want to start with the AquAdvantage salmon, the genetically modified fish that grow super fast. When you wrote about them in the book, the FDA was still — after 17 years! — making up its mind about whether it would allow the fish to be sold as food. Finally, at the end of December, the agency issued a draft document declaring AquAdvantage safe, and we’re now nearing the end of the 60-day public comment period. So, if the approval happens, what would it mean for the U.S. biotech industry? Why is this fish such a big deal? EA: The short answer is that this fish is much more than just a fish — it’s a test case. If the fish are approved, they’ll be the first transgenic animals approved as consumer products in the U.S. (The FDA has approved a pharmaceutical that is extracted from the milk of genetically modified goats, but the AquAdvantage salmon would be the first whole GE animals cleared for human consumption.) Many, many researchers and entrepreneurs who are interested in animal biotechnology are watching this case very closely. If the fish, which have been politically controversial, are approved, it means that good science can still triumph over politics. If they’re not approved, it will send the opposite message, discouraging further research and innovation in all sorts of promising biotech applications.