Biofuel Made From Corn Waste Less 'Green' Than Gasoline 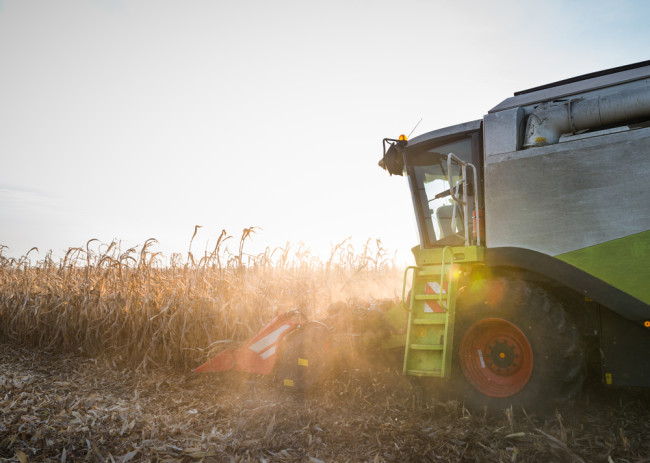 Biofuel created from corn waste may not be the clean, eco-friendly oil alternative the United States government is hoping for. A new study has found that fuel generated from harvested corn leftovers creates more greenhouse gases than conventional gasoline — at least in the short term. The fuel under study, called cellulosic ethanol, has been touted in recent years as a promising successor to current corn-based ethanol. Unlike the ethanol now mixed into gasoline, cellulosic ethanol is made of non-edible plant waste, meaning it wouldn't divert food to fuel. However researchers found that that waste, left on fields, was doing something after all. Their computer models indicate that removing corn leaves and stalks from fields could result in an increase in carbon emissions because the soil would have greater air exposure. The findings from the federally funded study were published Sunday in the journal Nature Climate Change.

To understand the link between the waste — called corn residue — and emissions, we need to get dirty. Typically, corn waste is left on fields after harvest to prevent erosion and replenish carbon reserves in soil as it decays. When corn waste is removed from fields for biofuel production, erosion and respiration occur at a higher rate, which increases the amount of carbon dioxide emitted from soil. Researchers built a predictive model, based on 36 field studies on four continents, which measured the rate at which carbon is oxidized in soil. Then, they tested the model’s accuracy by comparing its results with data gathered over a 9-year, continuous cornfield experiment in Nebraska. They found that the carbon saved by swapping out gasoline for cellulosic ethanol doesn’t make up for additional carbon emissions from the soil. As a result, cellulosic ethanol, in the short-term, would effectively produce more carbon dioxide than conventional gasoline, regardless of how much corn waste farmers remove: a 7 percent average increase in emissions over a five-year period. However, over a longer period of time, net greenhouse gas emissions from cellulosic ethanol production would be lower than conventional gasoline, because the carbon in the soil reaches a stable equilibrium over time.

Not Everyone Is Convinced

Even with a long-term reduction in emissions, the results of the study indicate that cellulosic biofuels will still fail to produce 60 percent less pollution than gasoline, which is a requirement to qualify as a renewable fuel according to the 2007 Energy Independence Security Act. Representatives of the biofuel industry and the Environmental Protection Agency have been highly critical of the results of the study. Jan Koninckx, global business director for biorefineries at DuPont, told the Associated Press

the study overestimated the amount of corn waste a farmer would remove, saying the study depicted an “extreme scenario” that makes no “agronomic or business sense.” EPA spokesperson Liz Purchia said the study

doesn’t take into account the fuel's full "life cycle," that is, carbon lost and gained at every step along its growing and processing. On the other hand, David Tilman, a professor at the University of Minnesota who studies biofuels, told the AP

it was the best study he’s seen on the issue so far.