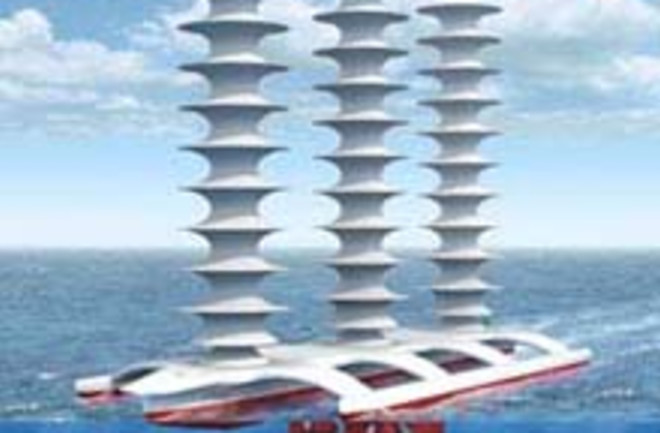 Bill Gates is getting serious about geoengineering. Back in January, after the failure of governments at the Copenhagen Climate Change summit to do anything serious, the billionaire former head of Microsoft announced he's give nearly $5 million of his fortune to fund research into geoengineering projects. Recently he announced his first concrete foray into the field: giving $300,000 to project that would spray seawater into the sky, seeding clouds that would hopefully block some of the sun's UV rays.

The machines, developed by a San Francisco-based research group called Silver Lining, turn seawater into tiny particles that can be shot up over 3,000 feet in the air. The particles increase the density of clouds by increasing the amount of nuclei contained within. Silver Lining’s floating machines can suck up ten tons of water per second. If all goes well, Silver Lining plans to test the process with 10 ships spread throughout 3800 square miles of ocean [Inhabitat].

Most of the major geoengineering ideas

that have been proposed—launching a reflective shield into space, artificial trees to pull carbon dioxide out of the air—are extremely expensive and difficult.

However, a study last year calculated that a fleet of 1,900 ships costing £5 billion (about $7.5 billion) could arrest the rise in temperature by criss-crossing the oceans and spraying seawater from tall funnels to whiten clouds and increase their reflectivity [The Times].

Unlike, say, seeding the sea with iron, seawater spraying doesn't involve dumping additional material into the environment, so it would require less arduous permit-getting to test. And as opposed to the plans to put particulates in the clouds, seawater spraying would be easier to shut down and wouldn't affect weather patters for quite as long.

Armand Neukermanns, who is leading the research, said that whitening clouds was “the most benign form of engineering” because, while it might alter rainfall, the effects would cease soon after the machines were switched off [The Times].

DISCOVER: 5 Most Radical Ways to Squelch a Climate Crisis