Bat's Interesting: Are Infectious Diseases to Blame for Prejudice? 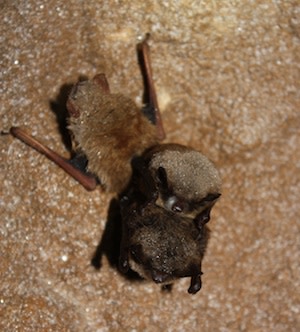 is sweeping through North American bat populations, and little brown bats are adapting their behavior to avoid it. Although these bats typically clump together in large groups, they are now spreading out to roost separately

, a change in behavior that may be helping the bat populations rebound. So what does a bat-killing fungus have to do with human prejudice? The bats’ trick of splitting up to survive contagion may also have led humans to divide into tribes and respond hostilely to members of different, potentially diseased groups. In a post on Scientific American’s Guest Blog, biologist Rob Dunn writes

about the link between infectious diseases and human prejudice.

Disease-causing pathogens---viruses, bacteria and protists---have geographies, both in terms of where they can be found and how common they are within those regions. The consequent map of malaise and death affects many aspects of the human story, including…human behavior, culture, and politics. The most radical of these ideas suggest that where deadly, contagious, diseases are prevalent, humans tend to be xenophobic and cultures tend to be, well, tribal. This tribalism, along with the deaths imposed by the diseases themselves, then influences politics and nearly everything else. High disease prevalence and xenophobia has even been argued to have led to the diversification of cultures (if you don’t talk to your neighbor, it is easier to become different from them) and/or the rise and fall of empires.

Dunn points out that the correlation between pathogens and xenophobia could be due to other factors. But the little brown bats seem to support the idea that tribal divisions defend against contagious disease. By studying the bats, researchers may be able to further test this theory. As Dunn muses in his post

, “Sometimes we see more about ourselves by looking out to the wild species around us than we ever could by looking at ourselves.”