Backlash Over Biofuels Builds in Europe 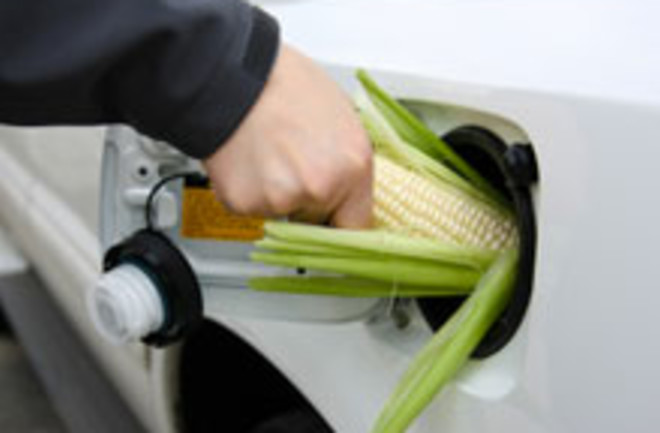 A European Union panel has incited a new round of sturm und drang as it debates the role that biofuels should play in the continent's quest for clean energy. Adding to the high-octane dialog, a report leaked to a British newspaper raises the possibility that the demand for biofuels bears the brunt of responsibility for rising food prices around the world. In a twist that might have seemed unlikely just a couple of years ago, environmentalists and liberal politicians in Europe are turning against the renewable fuel, saying that ethanol derived from corn, sugar cane, and other crops causes more problems than it solves. Previously, the European Union (EU) had p

roposed deriving 10 percent of road transport fuel from renewable sources such as biofuels by 2020, but the target has been attacked by environmentalists, who say it contributes to rising food prices and deforestation [Reuters].

A European Parliament panel has now proposed amending that goal, suggesting that the EU should aim to procure only 4 percent of auto fuel from renewable sources by 2015, with a major evaluation before proceeding further. The British government echoed this move; a government-commissioned report recommends ministers "amend not abandon" biofuel policies [BBC News].

It's worth pointing out that all this heated debate relates to ethanol derived from crops such as corn and sugarcane. Cellulosic ethanol, which can be produced from materials like wood chips and switchgrass, doesn't bring the same set of problems, but production technology is also not as far advanced. To really understand the technology and the potential of both ethanol types, take a look at DISCOVER's in-depth feature, "Life After Oil." Image: iStockphoto

Meanwhile, a related scandal has erupted over a World Bank report that was allegedly leaked to a British newspaper. The Guardian breathlessly reported its scoop:

Biofuels have forced global food prices up by 75% - far more than previously estimated - according to a confidential World Bank report.... The damning unpublished assessment is based on the most detailed analysis of the crisis so far, carried out by an internationally-respected economist at global financial body. The figure emphatically contradicts the US government's claims that plant-derived fuels contribute less than 3% to food-price rises [The Guardian].

However, the World Bank now denies that the report reflects its official position, saying that it was just