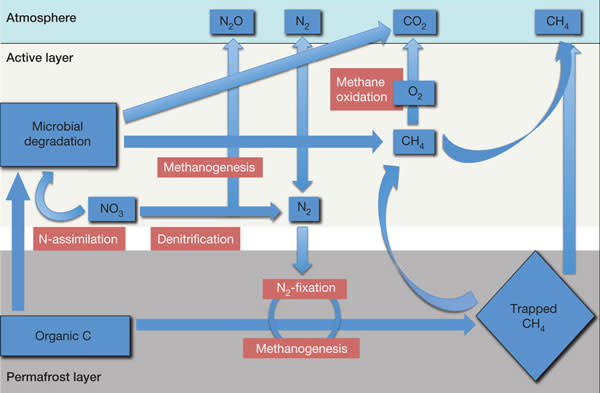 There's a lot going on in Arctic permafrost as it melts and soil bacteria become more active. A new study explores how these bacteria may help or hinder our efforts to control the greenhouse gasses in the atmosphere.

in a warming world could mean lots of greenhouses gasses, especially methane, released into the atmosphere

. But it also means an unusual community of soil bacteria coming out of hibernation, so to speak. A new study looks at what those permafrost microbes do, exactly

, as their environment warms up. How the Heck: