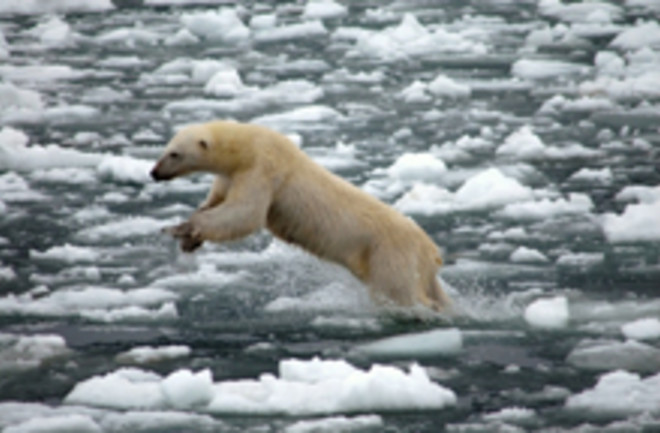 Polar bears have nabbed headlines recently, becoming the first creature to make the endangered species list specifically because of global warming. But as environmental decline tightens the screws on more and more animals, are all species receiving equal aid? Hardly, says Newsweek's Sharon Begley, who writes that "[g]etting people to care about the 238 species of spiders, clams, moths, snails, isopods and other invertebrates on the list of endangered species is about as likely as a magazine putting a photo of a dung beetle rather than a polar bear on its cover." On the contrary, Begley writes, it's the "soulful-eyed, warm and fuzzy animals"—gorillas and tigers and (panda) bears, oh my!—that get the press time, and thus the attention and resources from both conservation agencies and the government. But more often than not, those small, less-darling creatures in danger of extinction have a greater impact on the ecosystems they inhabit. As Kiernan Suckling, cofounder of the Center for Biological Diversity put it, "Plants and invertebrates are the silent majority which feed the entire planet, stabilize the soil and make all life possible." True, it's the natural inclination of humans to be drawn to cuddly, aesthetically pleasing animals—in other words, the ones who look the most like us. But given the environmental maelstrom that faces the planet should our flora and insect brethren kick the bucket, more needs to be done to ensure that these species get their fare share of attention and money. We're all susceptible to the same "but gorillas are so cute!" bias, no matter how many PhDs we have under our belts, but it's principally the responsibility of scientists, as well as the science media, to see that adequate research is both performed and receives pages/airtime. Otherwise, we'll be neglecting the world's un-cuddly at their peril, as well as our own. Food for thought the next time you see a magazine with a polar bear on the cover.