Arctic sea ice continues its downward spiral, reaching a record low extent for the month of May

If the trend continues, sea ice coverage will decline to an historic minimum by summer's end in September 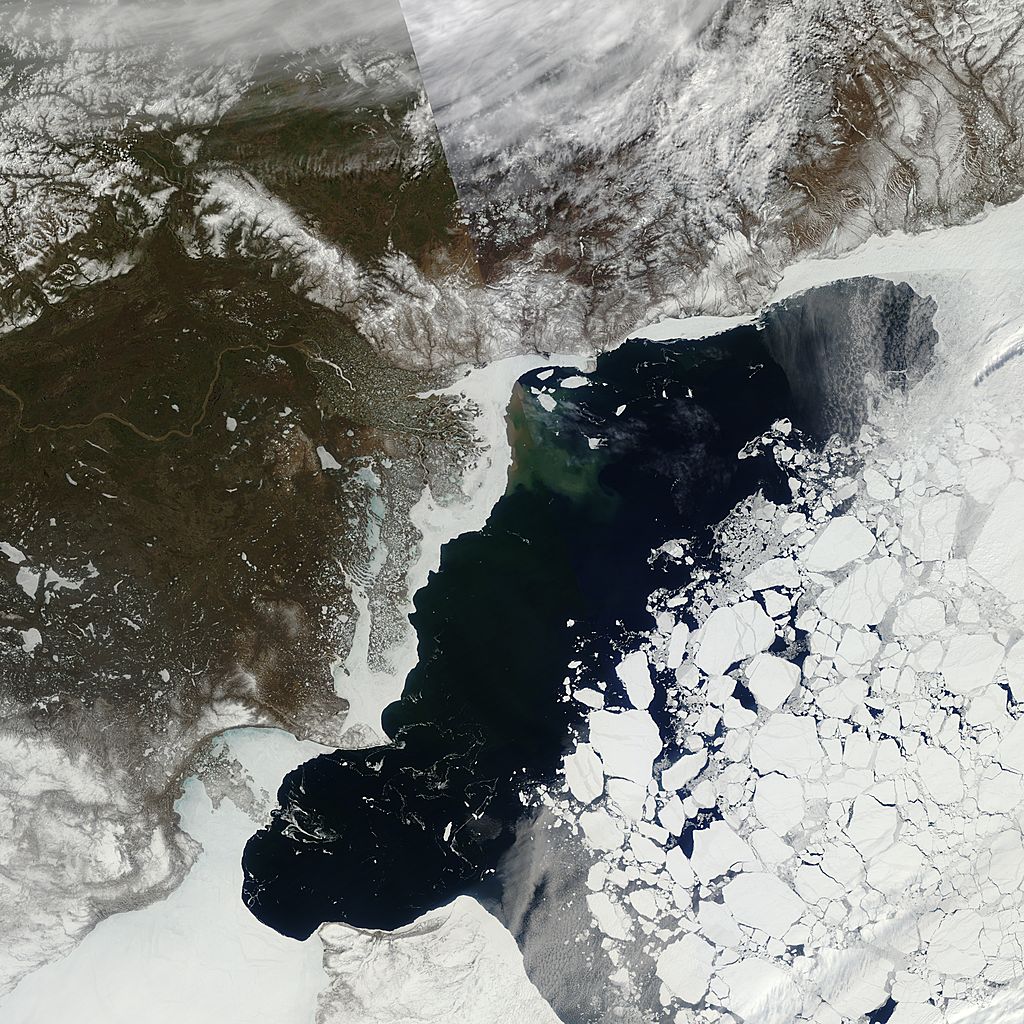 A May 21, 2016 satellite view of the Beaufort Sea off the coast of Alaska and Canada shows highly fragmented sea ice. (Source: LANCE System/NASA/GSFC via National Snow and Ice Data Center) Back in mid-May, unusually warm conditions, and shrinking sea ice coverage, prompted Ted Scambos of the National Snow and Ice Data Center to predict that "the Arctic is going to go through hell this year." Almost a month later, that prediction seems right on track. Each and every day during May, the extent of Arctic sea ice shrunk by an area roughly equal to the state of West Virginia. Sea ice does decline naturally in May, as the weather warms up. But this rate of loss was more rapid than during any other May in the 38-year satellite record. So it should come as no surprise that overall, May saw the lowest average extent on record for the entire month, according to provisional data from NSIDC. This follows record lows set in January, February and April. (In March, Arctic sea ice extent was the second lowest in the 38-year satellite record.)

SEE ALSO: Second dramatic spike in thawing on the Greenland Ice Sheet heralds an early start to the melt season. 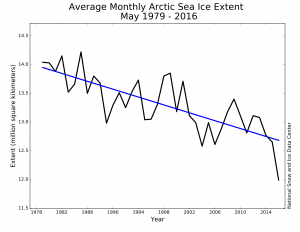 Source: NSIDC The monthly average extent for May 2016 was more than 386,000 square miles below that observed in May 2012. That's an area roughly equivalent to California, Nevada and Arizona combined. I mention this because 2012 went on to experience the lowest minimum Arctic sea ice extent on record, a mark set in September of that year at the end of the warm season. What we are seeing now puts 2016 well ahead of the declines seen in 2012. The ice has been taking big hits from ocean heat flowing in from the Atlantic, along with warm southerly winds. Unusual warmth has also contributed to what the NSIDC describes as "exceptionally low" snow coverage in the Northern Hemisphere. This past spring — March, April and May — saw the lowest snow cover in a record extending back 50 years.