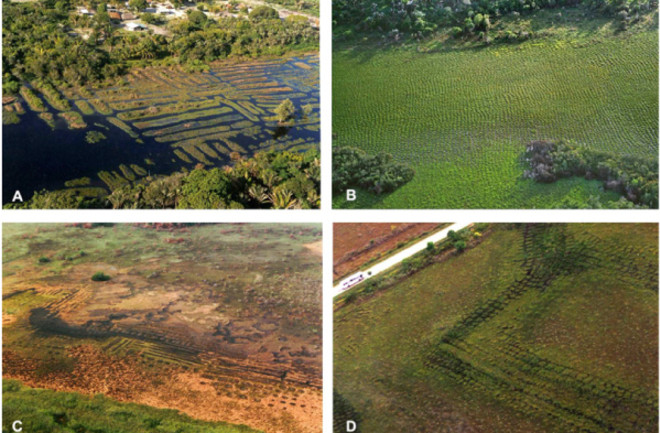 The people who lived in the Amazon regions back before any Europeans showed up on the scene had an ingenious way to survive there. By creating mounds of biochar, the pre-Columbian peoples made beds for their crops that drained far better than the native soil, which is nutrient-poor and prone to flooding. And, it seems, they unintentionally contributed to the biodiversity of the region. In a study in the Proceedings of the National Academy of Sciences, scientists led by Doyle McKey of France investigated the savannas of French Guiana, in the far northern part of South America.

These plains are flooded during the rainy season, dry and parched in the summer, and often burned by fires. It was while walking through this landscape that McKey started wondering about undulations in the terrain [New Scientist]

. Just how effective were these people at creating favorable cropland? McKey found that the drainage capacity of the mounds was nine times that of the rest of the savanna. As DISCOVER noted in the 2007 feature "Black Gold of the Amazon," the nutrient-rich, fertile soil that resulted from the biochar mounds is a gold mine for local farmers even today. But it was the insects who really appreciated the gifts of the pre-Columbian peoples after those people disappeared.

Species of ants and termites settled in the mounds, where their colonies wouldn’t flood. Their burrowing aerated the soil, and plant matter foraged from surrounding areas enriched it further. As a result, the mounds acted like sponges for rainfall, and outsourced insect labor made them rich in key fertilizer nutrients of nitrogen, potassium and calcium [Wired.com]

. Because of the plentiful nutrients, plants on these mounds grew more successfully and their roots reached deeper. All in all, McKey argues, the actions of those humans trying to better their agricultural situation actually improved biodiversity compared to what had been there before, the flat savanna. That's not bad for a civilization about which our knowledge is extremely limited, and you can count McKey among the people who think that simple agriculture secrets like biochar could teach us something.

“When people modified these ecosystems long ago, they changed the way the ecosystems work. We can use that knowledge,” said McKey [Wired.com]

. Related Content: DISCOVER: Black Gold of the Amazon Discoblog: The Softer Side of Climate Control? 80beats: Ancient Agriculture Trick, Not High-Tech Engineering, Is Best Climate DefenseImage: Pre-Columbian raised fields around French Guiana, including on the left bank of the Mana River (A), near the Sinnamary River (B), west of the city of Kourou (C), and between the town of Macouria and Cayenne Island (D). Credit: McKey et. al. / PNAS