A Pipeline To Capture Carbon Dioxide And Store It Underground 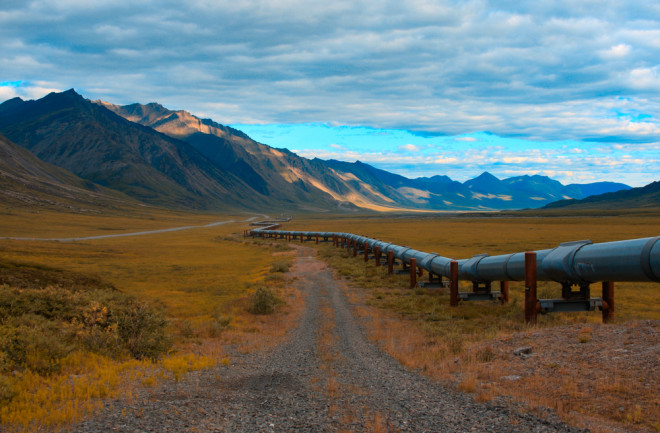 Capturing carbon emissions and locking them away deep underground could be a viable means of beginning to combat climate change. But, the industry needs a little help, researchers find.

While taking carbon directly from the air and sequestering it in rocks is far from a feasible scenario, capturing it at the source — power plants and refineries — is something that’s already being tested at some commercial operations. There, carbon dioxide from burning or refining fuel is separated out and and stored as a liquid for transport.

Eventually, it will be injected into deep saline aquifers or spent oil wells and trapped, keeping it out of the atmosphere. Though around 30 million metric tons (Mt) of carbon dioxide annually are stored in this way today, scientists estimate that up to 1,000 Mt, or one billion tons, will need to be stored each year to counteract the effects of climate change.

Putting the Carbon Back

It’s a daunting task, but one that the fossil fuel industry has shown support for. A coalition of major oil companies announced a $1 billion investment in carbon capture technology two years ago, and there’s hope that future research will bring down the cost of what is currently an extremely expensive endeavor. There is some financial incentive to scrub and store carbon emissions, though, and it comes, ironically, from the fossil fuel industry itself.

Carbon dioxide can be used to boost production at flagging oil wells; it causes the oil to expand and flow more freely, and can significantly boost production. Carbon used in this way will eventually be stored permanently within the wells, and there’s evidence that the process amounts to a net reduction in carbon emissions. That only holds true if the carbon is recycled from the air, though, and today less than a quarter comes from anthropogenic sources. The largest reason for this is cost: It costs more to recycle carbon than oil wells will pay for it.

Part of the issue is that there’s currently no large-scale infrastructure to support the movement of millions of tons of carbon dioxide from the places it’s produced to the places it can be used and eventually stored, like the Permian Basin in Texas. This creates a chicken-and-egg scenario where no one is willing to take on the risk of scrubbing carbon because there’s no way to transport it, and vice versa. The creation of a pipeline, though, would solve this conundrum and facilitate future carbon storage operations, helping us to more effectively combat climate change.

The solution, say two researchers from Princeton University, is to take a page from the construction of other utilities that we rely on to facilitate our modern lives. The highway system, water and electric utilities and telecommunications networks have all benefitted from significant government financing, and they could offer a blueprint for the creation of an economically sustainable carbon capture pipeline.

They consider a few scenarios, but if the government and commercial sectors were to split the cost equally, they estimate that a pipeline connecting Midwestern ethanol biorefineries with Texan carbon repositories could be constructed for around $6 billion. Combined with recently passed tax incentives for carbon capture, they estimate that economies of scale should take care of the rest and carbon capture would become an economically sound business. They published their findings Monday in the Proceedings of the National Academy of Sciences.

With enough financing, the pipeline could carry 30 Mt of carbon a year, or enough to double global carbon capture, they say, and enough to fully support the demand for carbon dioxide in oil wells. Future pipelines could also carry carbon for permanent storage outside of oil wells, too.

The fossil fuel industry has proven adept at building continent-spanning pipelines to deliver oil to refineries — perhaps they can turn that expertise to pipelines compensating for carbon dioxide emissions as well.