One-third of Asia’s high mountain glaciers will melt — even if the Paris Agreement succeeds. 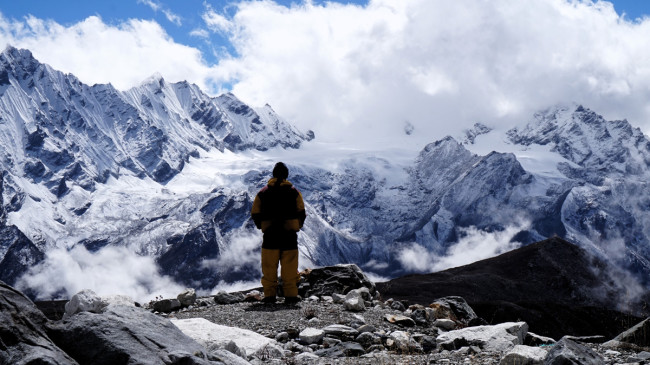 Afternoon clouds roll into a Himalayan valley below Yala Glacier Basecamp in Nepal. (Credit: Joseph Shea) There’s so much ice packed into the high mountains of Asia that scientists call it Earth’s “Third Pole.” The Himalayas and the Tibetan Plateau hold the largest reserves of freshwater outside the Arctic and Antarctic. Here, thousands of glaciers form the headwaters for 10 of Asia’s largest rivers, which help supply the region with drinking water, crop irrigation and hydroelectric power. These glaciers are already melting because of climate change. Now, in a study published Wednesday in the journal Nature, researchers have modeled all the glaciers in Asia to try to unravel what will happen to them as Earth warms even more. Their results show a disturbing trend. Asia’s glaciers will still see significant melting even if global governments can meet their optimistic goals under the Paris Agreement, which would hold global warming at 1.5 degrees Celsius. Meeting that goal means humans must stop burning fossil fuels by 2050. However, if the Paris Agreement fails and greenhouse gas emissions keep rising, some two-thirds of Asia’s glaciers could melt by the year 2100. That could spell trouble for the millions of people who rely on that water in India, Pakistan, China, Nepal and other neighboring countries. Cross-border tensions go back centuries. And mountain skirmishes are already breaking out among these nuclear-armed nations. “The irrigation fields and also drinking water and hydropower might really be impacted,” says study author Philip Kraaijenbrink of Utrecht University in the Netherlands. “It can be a big cascade of impacts if irrigation changes — if food security changes.” 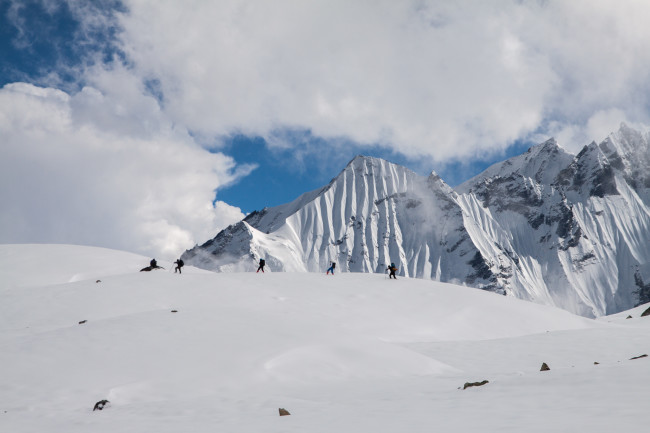 A research team hikes toward Nepal's Yala Glacier in the Himalayas on a recent field expedition. (Credit: Sander Meijer) That’s not the case for every river basin in the region, Kraaijenbrink says. Some rivers are also fed by seasonal rains. But glacier meltwaters are crucial in drier places like the Indus Basin. For their study, Kraaijenbrink’s team paired models of glacier evolution with satellite observations, and then ran thousands of glaciers through various future climate projections. In some regions, they incorporated imagery Kraaijenbrink captured from small, fixed-wing drones to account for localized effects like debris-covered glaciers, which can melt faster. Once they’d run the glaciers through many different climate models, they focused in on six models that projected what Earth’s climate would be like if nations hit the goal of 1.5 degrees C of warming. They found that Asia’s glaciers are already locked into losing roughly 14 percent of their mass — even if emissions stopped now. That’s because the glaciers take a long time to shrink or grow to the size their climate will allow. But their study also provides some sense of optimism. In the past, some scientists have suggested Asia’s glaciers could vanish entirely in the coming decades. These latest models suggest it would take 11 degrees C of warming to melt the glaciers entirely. That’s much hotter than expected, which means we can expect to keep some high mountain glaciers for a while longer. “The authors have shown that achieving the 1.5 degree C target will conserve a substantial fraction of Asia’s water resources,” Trent University glaciologist Graham Cogley, who wasn’t involved in the study, wrote Wednesday in a Nature News & Views companion piece. “If we fail in this regard, we will pay in direct proportion to the extent of our failure.”