We're making some headway in restoring the environment—even if we caused the devastation in the first place. 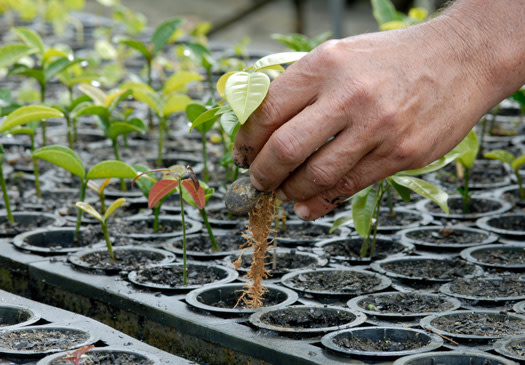 A few weeks ago, we showed you some of the planet's worst man-made disasters. Now, here are examples of places in which we've effectively helped the environment--or, at least, reversed some of the damage.

Brazil's Atlantic Forest, or Mata Atlantica, is home to 29 critically endangered vertebrates, and holds the world's highest concentration of tree species per acre. Of this precious forest, over 90 percent of the original 330 million acres was torn down.

But thanks to conservation and restoration efforts, 26 percent of the total area has been reforested since November of 1999, according to the Global Restoration Network. Now, many species of formerly endangered birds and mammals, including leopards and pumas, are returning to the region. 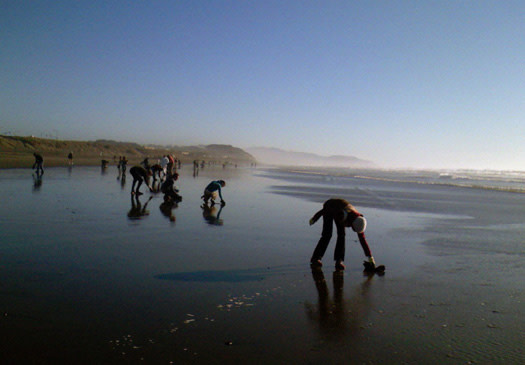 On November 7, 2007, the Cosco Busan oil spill dumped more than 50,000 gallons of oil into the San Francisco Bay, spoiling 56 miles of shoreline. A local organization, Matter of Trust, teamed up with Fungi Perfecti, a company that finds functional uses of mushrooms for people and the planet, to experiment with mycoremediation, a process that uses fungus to remove contaminants from soil.

The researchers discovered that mushroom roots produce enzymes that normally serve the fungus by unlocking wood fibers, which are made of strings of carbon-hydrogen molecules. Oil is held together by the same molecular bonds, which the mushroom can break into sugars. Using this process, the mycoremediation team was able to successfully clean up the majority of the spilled oil. 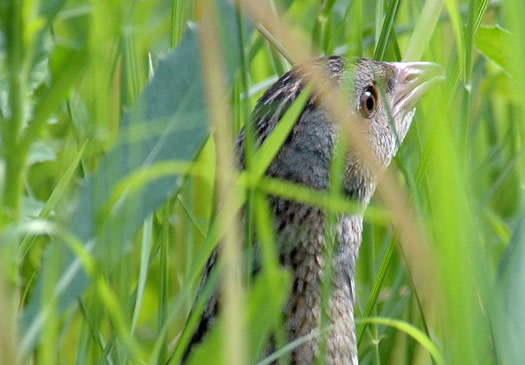 The migratory birds known as corncrakes were once populous throughout the U.K., until mechanized mowing destroyed their grass and meadow habitats. In 1993, there were only 480 calling males left in the entire nation. Then, conservationists lobbied for delaying mowing dates to later in the year, which gave flightless corncrake chicks more time to escape their nests and increased time for breeding.

The results were quick and substantial: By 1998, the number of calling males was up to 589. In 2003, it reached 832. Led by the Royal Society for the Protection of Birds, the census numbers continue to climb. 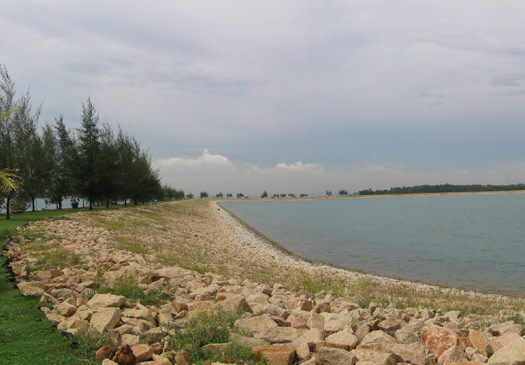 The island of Pulau Semakau, off the coast of Singapore, originally dedicated to fishin, was turned into a landfill in 1999. But the dump was constructed in such a way that leachate could be closely monitored and prevented from contaminating the surrounding water.

The island has since been made into an eco-park, and a marine habitat is now alive and well off the coast, complete with thriving coral reefs and mangroves. 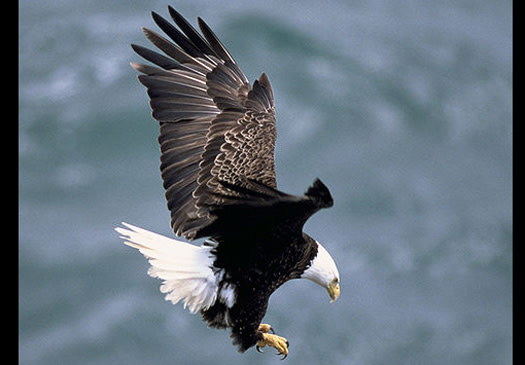 The bald eagle was nearly extinct in the continental U.S. by the late 20th century, but the population has since stabilized, primarily due to habitat protection and a ban on DDT, an insecticide that weakened the birds' eggs so much that the eagles could not produce viable offspring.

In June of 2007, after researchers measured 10,000 nesting pairs--up from 417 in 1963--the eagle was officially delisted as an endangered species. Strict protective measures are still in place; any intentional effort to kill or harm a bald eagle is a federal crime. 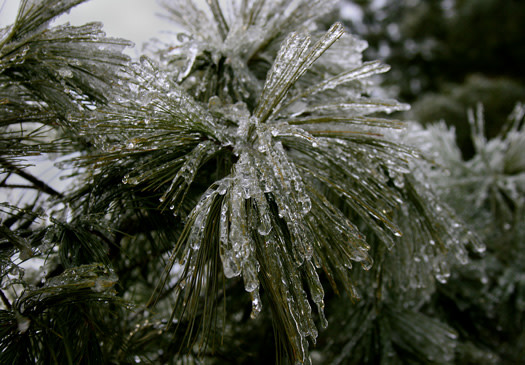 Less than 150 years ago, vast areas of forest in New England were cleared for agricultural use and to supply timber for local development. Deforestation peaked between 1830 and 1880, affecting around 80 percent of the region's forests.

As settlers moved west, in part because of the lack of arable land, the forests were given a shot at redemption. In 1944, the New England Forestry Foundation (NEFF) was formed with the goal of enforcing guidelines on logging and deforestation. In 1946 the NEFF was working with 20 properties that each averaged about 150 acres in size. By June of 2005, the foundation was managing over 20,000 acres of New England's forests.

The white pine, pictured above, was the first tree to fully repopulate, and by 1952, forest cover had increased by 70 percent--and still continues to grow. 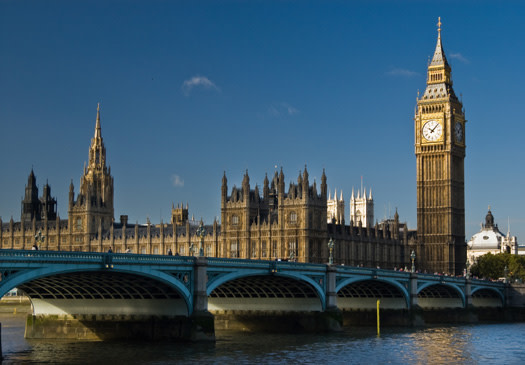 Less than 30 years ago, England had been heavily polluted by industrial chemicals. But the air quality has improved dramatically in the last 25 years (as it did in many other cities in the industrialized world), largely because of well-enforced government regulations, reduced industrial output, closure of coal-fired power stations, and the switch to central heating from coal stoves.

A study last year by Britain's National Physical Laboratory showed a 70 percent reduction at 17 sites around the country in the average levels of all the heavy metals that were tested, including lead, iron, and copper. 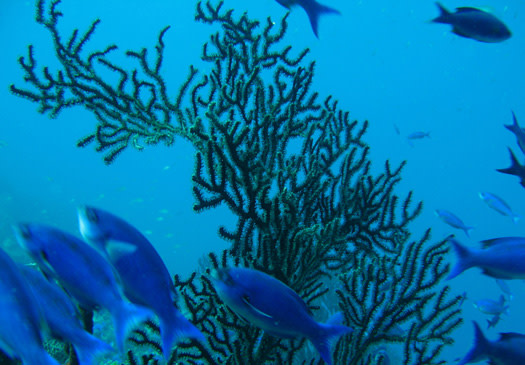 Despite the tough odds that coral reefs face--pollution, overfishing, and climate change among them--they may not be faring as badly as many biologists had feared.

Some estimates predict that 70 percent of the world's coral reefs will be gone by 2050, and bleaching events--which occur when reefs lose the algae they needs for survival--have already killed off large percentages of coral populations around the world.

But recent studies have shown that coral is recovering both in the Great Barrier Reef and off the coast of Tanzania, an improvement the researchers attribute to better management of fisheries, the use of less harmful equipment, and commercial fishing restrictions. Scientists were also surprised to find that the reef in Tanzania was able to adapt to warmer water temperatures. Sometimes, nature is more resilient than we think; but do we have to continue testing it? 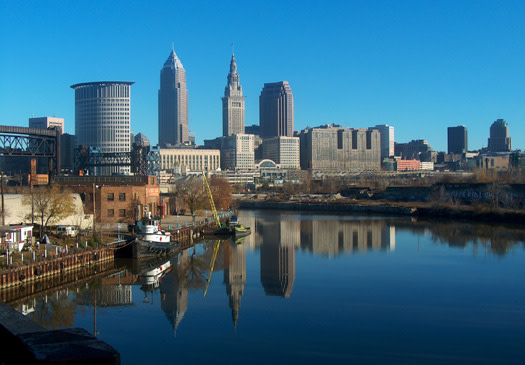 Ohio's Cuyahoga River, a polluted mess that has caught fire at least 10 times since the late 1800s and is notorious for erupting into flames in 1969, now supports more than 60 species of fish, as well as beavers and birds, in places that were once all but devoid of life. The exact cause of the 1969 fire was unconfirmed, but people believe sparks from a passing train ignited an oil slick in the river.

Few environmental regulations existed in the late nineteenth century. Cleveland was already known as a polluted manufacturing center at that time, largely due to a booming steel industry. The 1969 incident is credited with building momentum for the passage of the Clean Water Act in 1972 and the establishment of the Environmental Protection Agency, both federally and in the state of Ohio.

The Ohio EPA worked to clean up the river in the following decades, and the water quality has improved dramatically--so much so that in 1998, Cuyahoga was recognized as one of 14 American Heritage Rivers. However, problems like urban runoff and sewer overflows continue to trouble local waterways.