5 Ways to Fix the IPCC, the Gatekeeper of Climate Science 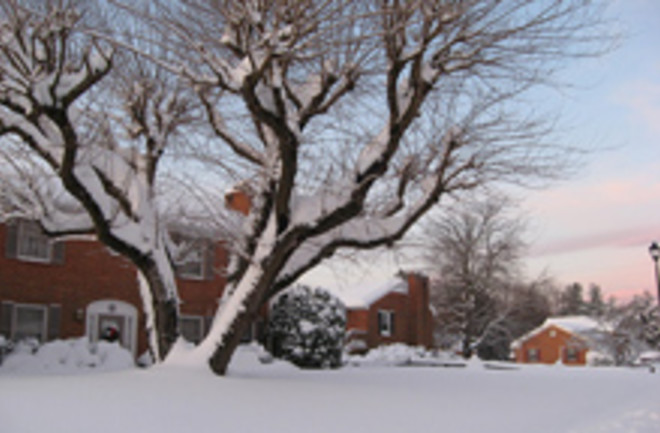 What are we going to do with the Intergovernmental Panel on Climate Change? The panel got itself in major trouble a few weeks ago when it admitted a major goof, that it included a detail in its 2007 report saying the Himalayan glaciers could melt by 2035, which is a huge exaggeration. Chief Rajendra Pachauri stood by the report as a whole as a sound piece of research, and indeed the first section of the four-part series, which is about physics of anthropogenic climate change, has seen no errors surface. That section laid out the evidence that human activities are boosting carbon dioxide levels in the air and are therefore warming the planet. But

four mistakes have been discovered in the second report, which attempts to explain how global warming might affect daily life around the world [Christian Science Monitor]

. The IPCC's errors have given ammunition to deniers of global warming, especially U.S. politicians who have spent the recent batch of snowstorms beating their chests over how wrong climate scientists must be for there to be a blizzard in February. (Though to be fair, and in recognition of the fact that all politicians are opportunists, people on the other side have blamed single storms like Hurricane Katrina on climate change, which is just as silly.) So, to save some face for climate science, several scientists have proposed ways to fix the IPCC in this week's issue of the journal Nature: 1. Split Into Three Panels The University of East Anglia's Mike Hulme proposed breaking up the IPCC into three: one group for science, one to evaluate how climate change could alter various regions of the globe, and one to debate policy options. Says Hulme: "This restructuring would allow clearer distinctions to be made in areas that have been troublesome for the IPCC: assessments of published knowledge versus policy analysis and evaluation; the globalized physical sciences versus more geographically and culturally nuanced knowledge; a one-size, top-down model of ownership and governance versus more inclusive, representative and regionally varying forms of governance." 2. Make it Independent For German researcher Eduardo Zorita, it's not just the IPCC's mistakes that make it lose public trust, it's the fact that it's full of government nominees that occupy "a blurred space between science and politics," and work under unmanageable stress and deadlines. Zorita says the a climate body ought to be more like the US Congressional Budget Office—accountable, but independent. 3. Don't Throw Out the Baby With the Bathwater Thomas F. Stocker has worked with the IPCC, and defends it as an "honest broker," but not a perfect one. Rather than throwing away something that he argues has served the world well for two decades, he recommends against swift overhaul because of a spat of bad news. That includes resisting calls to speed up the process: "The panel concluded that the production of comprehensive reports roughly every six years is preferable because it ensures the robustness required for a thorough and rigorous assessment. Faster turnover would jeopardize the multi-stage review and thus compromise authority and comprehensiveness." 4. Hurry Up Already Jeff Price of the World Wildlife Federation takes the opposite stance: "The current period between assessments is too long. One option would be for the IPCC, or another body, to produce an annual review, assessment and synthesis of the literature for policy-makers (for example, three annual review volumes with a synthesis chapter in each volume) prepared by experts in the field." He also recommends shorter, quickly produced papers in the interim between the longer tomes. 5. Open It Up Citing the black eye that climate scientists got from the University of East Anglia emails controversy, IPCC contributor John R. Christy says that the IPCC needs to be as open as it can be, even at the risk of a little craziness: "An idea we pitched a few years ago that is now worth reviving was to establish a living, 'Wikipedia-IPCC'. Groups of four to eight lead authors, chosen by learned societies, would serve in rotating, overlapping three-year terms to manage sections organized by science and policy questions (similar to the Fourth Assessment Report).… Controversies would be refereed by the lead authors, but with input from all sides in the text, with links to original documents and data. The result would be more useful than occasional big books and would be a more honest representation of what our fledgling science can offer. Defining and following rules for this idea would be agonizing, but would provide greater openness." If you want to read the full text of the recommendations, they're currently available for free at Nature. Related Content: 80beats: Once Again, Cold Weather Doesn't Disprove Global Warming 80beats: Climate Panel Admits Glacier Blunder, Scrambles To Save Face 80beats: The New Murder-Mystery Game: Who Killed Copenhagen? 80beats: Climatologist Steps Down as "ClimateGate" Furor Continues The Intersection: Fox News Presents a Classic “He Said, She Said” on Climate Science The Intersection: Sounds Familiar The Intersection: How the Global Warming Story Changed, Disastrously, Due to “ClimateGate”