46: Are Tiny Fossils A Missing Branch In Our Evolution? 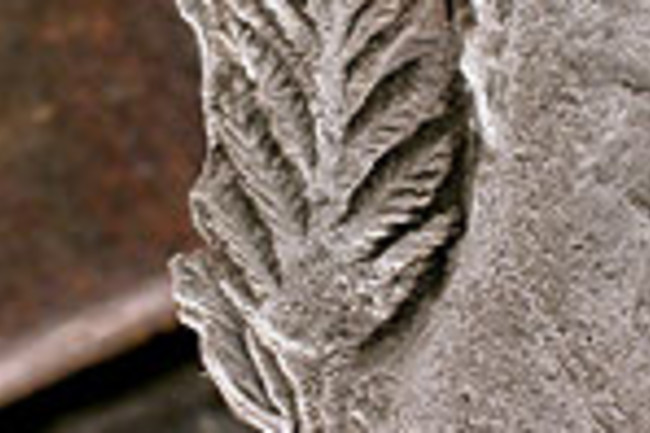 This perfectly preserved frondlet from the Ediacaran period 565 million years ago was an early experiment in animal life that never evolved into another stage. | Courtesy of Guy Narbonne

The fossils of tiny marine animals found in Canada this year may hold the key to how life evolved from microbes to humans.

In July Guy Narbonne of Queen’s University in Ontario reported a new population of fossils, called rangeomorphs. The extinct animals are, he says, the most ancient complex organisms ever found on Earth. They look more like plants than animals, with branches, stems, and leaflike structures. “Those things are a failed experiment. They’re either right at the base of animal evolution or even a little bit further back behind, maybe on a link between the fungi and the animals,” says Narbonne. “And they are unrelated to anything on Earth today.”

The fossils were perfectly preserved under a layer of volcanic ash. Just as in Pompeii, every organism died where it lived. Most other fossil sites were caused by more turbulent occurrences, like hurricanes, which yielded a jumbled mess. This difference allows Narbonne to explore how the animals interacted with their environment. “When you walk on a rock surface, it’s like walking on a 565-million-year-old seafloor,” he says. “Because of that, we can apply modern techniques in spatial ecology that have never been applied to the fossil record before. If you study the ecosystem, you can see how they fed, how they lived, and that puts constraints on what they were.”