27 Ways to Die In A Heatwave 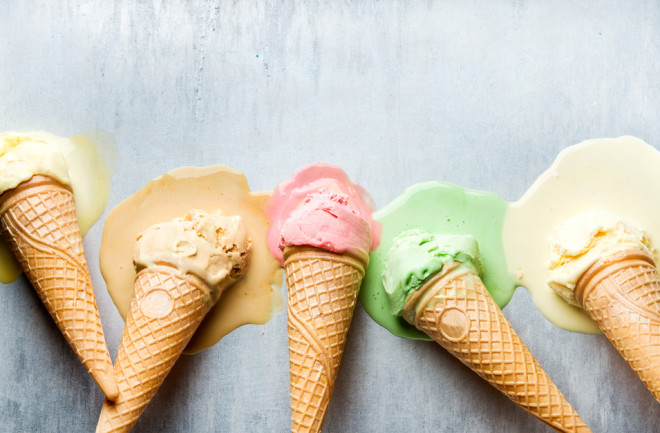 If you want to teach your children the alphabet while mildly traumatizing them at the same time, look no further than "The Gashlycrumb Tinies." In alphabetical order, and with a jaunty rhyme scheme, 26 children meet fates both gruesome and preposterous.

In the future, though, as climate change warms the planet beyond our comfort zone in many regions, the book could be rewritten by adding some heat. There are 27 ways that a heat wave can kill you, say researchers from the University of Hawai'i. After looking through the medical literature they found that excessive temperatures have deadly effects on seven different major organs in five unique ways. Of the 35 theoretical options, they found reports of 27 that actually happened.

They published their work Thursday in the journal Circulation: Cardiovascular Quality and Outcomes.

The work is morbid, but it drives home a point the authors made earlier this year in a paper forecasting the occurrence of deadly heat waves in the century to come if humanity continues on its current trajectory. In just 83 years, they say, three out every four people on this planet will be subject to deadly heatwaves more than 20 days out of the year.

Some areas near the equator could even become functionally uninhabitable under that scenario. For those who counter "But I'm young!" or "I'm too rich to die in a pool of sweat!" the authors lay out all the ways that heat can kill—regardless of age, sex, creed, nationality, race or wealth. In the right conditions, the sweaty reaper can come for all of us.

No, It Is the Heat

When your body starts to overheat, one of the ways it attempts to compensate is by increasing blood flow near the skin to release more heat into the air. More blood near the skin means less inside our bodies, and the anoxic conditions can result in ischemia, which is the release of reactive oxygen and nitrogen compounds that can damage our organs, sometimes fatally.

The heat itself can also damage cells, something called heat cytotoxicity, and if enough cells fail, organ damage follows. Our hearts are particularly vulnerable — heat can break down cardiac muscle while dehydration thickens the blood and makes it that much harder to pump, increasing the risk of heart failure.

Both ischemia and heat cytotoxicity can affect six of our seven major organs, and damage to any of them can lead to death if not properly treated.

Our digestive systems don't like the heat much either. If it gets too hot in our abdomens, the mucosal lining of the intestines can break down, spilling a flood of bacteria and endotoxins into the bloodstream and causing widespread inflammation.

Inflammation is normally a good thing, as it signals the body to mount a defense, but in this case it can serve to exacerbate the leakage. As if bacteria and toxic compounds weren't bad enough, the inflammation can also lead to runaway blood clots as a clotting protein becomes overactive and begins to gum up the circulatory system. Blood clots in the wrong place can deprive tissues of nourishment and lead to organ failure as our blood turns from liquid to jello.

If that's not enough for you, the ischemia and cytotoxicity can also break down our muscles if we exert ourselves too hard in the heat. One of the products of this cellular breakdown is myoglobin, which in large enough concentrations can lead to kidney failure.

This is to say nothing of things related to high temperatures like dehydration, and the stressing effect that heat has on our bodies, which can lead to heart attacks and strokes. Heat doesn't always kill directly. It may be the heat, it may be the humidity (probably both), but human lives will be increasingly in danger as the climate warms.

Not everyone will die, of course, but millions are at risk. It's estimated 70,000 people died in Europe during a heatwave in 2003, and 10,000 more in Russia in 2010. Often it's a combination of air pollution and heat that does people in, a deadly duo that will certainly continue to be relevant in coming years.

It's like a "Choose Your Own Nightmare" book where all the grisly endings lead back to one villain. Heat can kill in many way, whether it be a heart attack or slowly spreading toxins, but, no matter what, it's sure to take its toll.