The great outdoors is good for our overall health, but this precious resource is in danger. 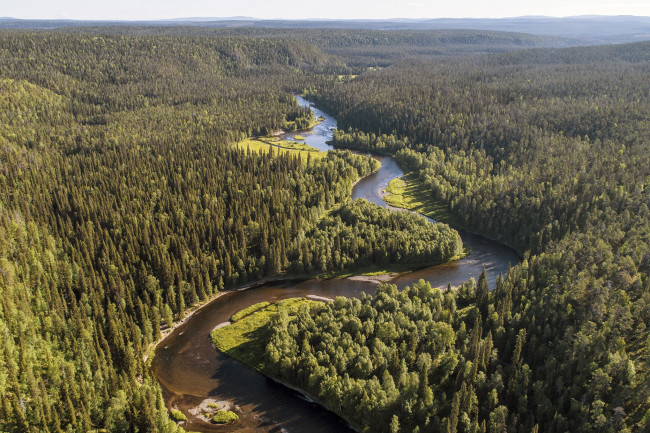 In a hundred years, wilderness may have vanished — bad news for everything from pharmaceutical research to carbon storage. Slightly better news: Even blighted wilderness can recover, as the megafauna thriving at Chernobyl attests. (Credit: Jgomolach/Shutterstock)

1. With wilderness covering nearly a quarter of the global landmass, it’s pretty wild out there.

2. But not for long — almost a tenth of the globe’s wilderness has been lost in the past quarter century. An international team of scientists projects that there may be no wilderness areas of any significant size left in a hundred years.

3. That’s bad news, and not just for tree-huggers. High-latitude boreal forests, the world’s most intact ecosystems, hold a full third of the planet’s terrestrial carbon.

4. Nature is also good for your health, reducing blood pressure and boosting the immune system. According to researchers at the University of Exeter, there are measurable benefits to spending just two hours a week in the forest or on the beach.

5. And that doesn’t take into account all the medical treatments unearthed in the great outdoors. Microorganisms, plants and animals found in the wild have provided the molecular ingredients for 35 percent of all pharmaceuticals, from aspirin to cancer drugs.

6. Nonetheless, wilderness was scorned in the past. Ancient Roman philosopher Lucretius saw forests as planetary defects, a sentiment echoed some 1,700 years later by colonial governor John Winthrop, who advocated colonizing North America so it wouldn’t be “waste[d].”

7. Others have valued wilderness since at least the Middle Ages, when noblemen realized they’d better preserve forests in order to have good hunting grounds. Eluding centuries of logging, many of those preserves are now national parks.

8. The formation of the world’s first national park, Yellowstone, was heavily driven by the rapidly growing railroads and their desire for a destination to attract more customers.

9. With the park’s establishment came the government’s egregious eviction of Native Americans who had lived on the “uninhabited” land for generations. But Native hunting and crop cultivation practices were crucial to the ecology of Yellowstone and most other wildernesses.

11. States are now hiring Indigenous firefighters to bring back their ancestral practices.

12. Even the most blighted terrain can recover and return to wilderness in time. Consider Chernobyl: In 1986, fallout from the world’s most catastrophic nuclear accident slew animals and killed a nearby pine forest, turning the trees’ needles red.

14. Meanwhile, humans are abandoning large swaths of Europe, ditching farms because cultivation is no longer economically viable. Up to 11 percent of agricultural land is under high risk of abandonment by 2030.

15. Some ecologists see this as an opportunity to “rewild” the terrain by reintroducing wild animals, such as aurochs, that dominated before people got the upper hand.

16. That aurochs are extinct seems more of a challenge than an impediment. Wageningen University geneticists have rediscovered much of the auroch gene pool and are “back-breeding” cattle to revive the aurochs’ mighty horns and hardiness.

17. Before humans migrated to North America, the continent bustled with megafauna of its own, including mammoths, mastodons and even supersized camels.

19. On a smaller scale, wilderness might be closer than you think: Indoor spaces are among the most rapidly expanding biomes on Earth. Recent studies suggest there may be more than 200,000 species living in homes.

20. Houses are filled with appealing niches, including the hot water heater, which hosts exotic species of thermophilic bacteria first discovered in hot springs. Even your home is a pretty wild place.