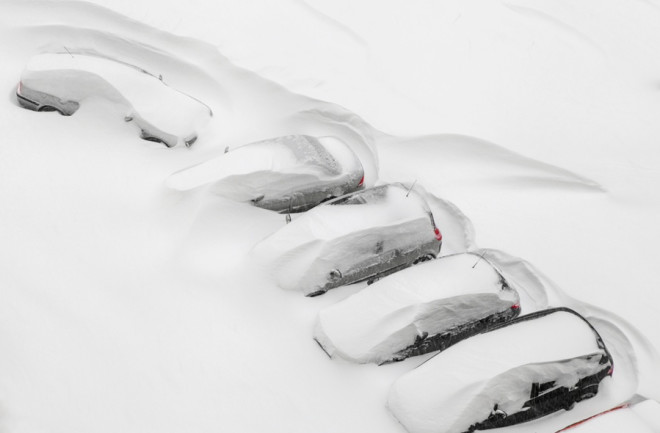 1  Snow is a mineral, just like diamonds and salt.

2  Lies your teacher told you: Most snowflakes don’t look like the lacy decorations that kids cut from folded paper. Flakes are generally bunches of those perfectly symmetrical crystals stuck together.

3  No two alike? More lies! Many crystals are almost identical in their early stages of growth, and some of the fully formed ones are pretty darned similar.

4  A snow crystal can be 50 times as wide as it is thick, so even though crystals can be lab grown to more than two inches across, they’re generally far thinner than a piece of paper.

5  At the center of almost every snow crystal is a tiny mote of dust, which can be anything from volcanic ash to a particle from outer space.

6  As the crystal grows around that speck, its shape is altered by humidity, temperature, and wind; the history of a flake’s descent to Earth is recorded in its intricate design.

7  Freshly fallen snow is typically 90 to 95 percent air, which is what makes it such a good thermal insulator.

8  Thundersnow—a blizzard with visible lightning—is rare. But some scientists hypothesize that all lightning is born of snow that’s just out of sight: Ice crystals in clouds collide and generate electricity.

9  According to Guinness World Records, the largest snowflake ever recorded was a 15-incher that besieged Fort Keogh, Montana, in 1887.

10  There are occasional reports of red, yellow, or black snow falling from the sky, probably due to pollen, windblown dust, or ash and soot.

11  Don’t eat the red snow, either: “Watermelon snow,” ruddy-tinted drifts that smell like fresh watermelon, gets its color from a species of pigmented algae that grows in ice. The snow tastes great, but eating it will give you the runs.

12  Due to our increasing passion for skiing and snowmobiling, avalanche fatalities in the United States have risen sharply in the last 50 years. About 270 people have died that way in the past decade, roughly a fifth of them in Colorado.

13  No need to whisper: Shouting, yodeling, and most other loud sounds cannot trigger an avalanche.

14  The whitest place in the United States is Valdez, Alaska—near the site of the infamous oil spill—which receives 326 inches of snow a year, on average.

15  But it doesn’t snow very much at the poles. Most blizzards there are made up of old snow that is blowing around.

16   In Antarctica, the hard, flat snow reflects sound waves with incredible efficiency. Some researchers say they have heard human voices a mile away.

17  Don’t buy the urban legend that Inuit cultures have hundreds of words for snow. Many linguists say there are so many Inuit dialects and so many ways to parse a word that it’s like counting how many words Europeans have for love.

18  “Snowflake” Bentley took the first photographs of snow crystals in 1885 by attaching a bellows camera to a microscope and manipulating his frozen subjects with a severed turkey wing. After capturing over 5,000 stunning crystals, he died of pneumonia.

19  Too much snow can drive a person crazy. Pibloktoq, a little-understood hysteria seen in people living in the Arctic, can cause a wide range of symptoms, including echolalia (senseless repetition of overheard words) and running around naked in the snow.

20  The big freeze: According to the “snowball Earth” theory, roughly 600 million years ago our planet was entirely covered in snow and ice. Others argue that no complex life could have survived that wintry a wonderland. Except maybe Bing Crosby.