20 Things You Didn't Know About... Hurricanes 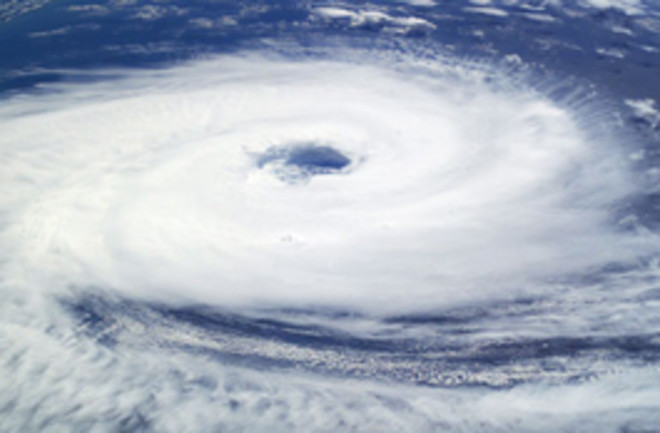 1  Our word for these storms comes from Hurakán, a one-legged Mayan deity who summoned the Great Flood from his perch in the windy mists.

2  The Mayans built their major cities inland away from flooding, showing a better understanding of Hurakán’s rages than the engineers who designed the New Orleans waterfront.

3  In 1609 a group of English settlers en route to Virginia were struck by a hurricane and washed ashore at Bermuda—an event that reportedly helped inspire Shakespeare’s Tempest.

4 Hurricanes laid waste to so many powerful armadas that, during the Spanish-American War, President McKinley declared that he feared the storms more than the Spanish navy. In response he established a network of storm-warning stations, the forerunner of today’s National Hurricane Center.

5  During World War II, a British flying instructor, Colonel Joe Duckworth, bet his pilots he could fly straight into a hurricane. Amazingly, he succeeded.

7  In North America we call them hurricanes, but in the western Pacific the same storms are known as typhoons. To avoid a tedious argument, meteorologists call them all tropical cyclones.

8  Due to the earth’s rotation, hurricanes spin counterclockwise north of the equator and clockwise south of it.

9  And once and for all: No, your flushing toilet does not do the same thing.

10  Most Atlantic hurricanes are born off the western coast of Africa, where warm water and a cool, windy upper atmosphere conspire to create a spiraling storm.

11  Activity peaks this month, when ocean-surface waters are warmest. Nearly half of all tropical cyclones occur in September.

13  Hurricanes unleash torrential rains, violent thunderstorms, and even tornadoes. But their deadliest component by far is the storm surge, the chunk of ocean pushed ashore by winds that can gust up to 200 miles per hour.

15  The horrific event inspired the Concert for Bangladesh, the first major rock benefit concert. But most of the proceeds were impounded by the IRS until years later.

16  The largest known tropical cyclone was 1979’s typhoon Tip, which stretched 1,400 miles across the northwestern Pacific—the distance from Dallas to Washington, D.C.

18  The World Meteorological Organization started naming hurricanes in 1953. Now the organization moves through an alphabetical list of names on a six-year rotation, retiring hall-of-famer storm names like “Katrina” each season.

19  Want a storm to call your own? Bad news: The National Hurricane Center already has “a rather large file folder of nominated names.”

20  And be careful what you wish for. After “Cleo” was retired in 1964, a researcher at the center filled the slot with “Camille,” in honor of the daughter of famed hurricane forecaster John Hope. Five years later, hurricane Camille hit the Mississippi coast, killing 250.