10 Everyday Technologies That Can Change the World

Who knew that providing energy and water for all could be a matter of foot cranks and dirt power?

A garden hose, a tin can, duct tape, metal piping, kitchencleaner, and gasoline: That is all television icon MacGyver needed to make aflame-thrower to ward off a swarm of killer ants. In the real world,technologies that are affordable and practical are not so simple to create, butthey can make a huge impact on people's lives. Instead of calling on complex solutions (reliant on engines andimported resources) for low-tech problems (such ascooking and lighting), some researchers are now developing what they call "confluent"technologies—ones that are effective, affordable, and sustainable for use inthe developing world. Here's a look at the latest breakthroughs:

1 Energy in a Bucket of DirtWho needs nickel cadmium batteries or coal plantsfor electricity when you have soil? A Harvard team of faculty and Africanstudents have tapped into soil-dwelling microbes in order to provideelectricity for families in Tanzania. When the microbes found in the soildigest organic materials, they naturally produce a small current, which can beharnessed with a simple device consisting of two electrodes and a small circuitboard. One trash-barrel-sized unit filled with soil can produce enoughelectricity to light two bedrooms for a decade or more, says Harvard biologyprofessor Peter Girguis.While each unit currently costs about $50, the team is testing new materialsthat would drive the price down to $7. 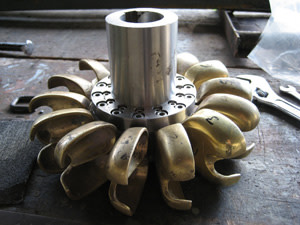 2 Micro-Hydroelectric Power Hilly land streaked with small streams makes anideal spot for micro-hydroelectric power generators, each of which requires a meager water flow of just three gallons per second to turn. (To put this in perspective, the Mississippi's average flow at New Orleans is about 4.4 million gallons per second.) The Appropriate Infrastructure Development Group (AIDG) has helped to build three systems in Guatemala, and more communities are now saving up money for local installations.

3 Biodigesters At the end of Back to the Future, a little bit of garbage is all Doc Brown needs to fuel his DeLorean time machine. Biodigesters won’t quite generate "1.21 jigawatts" of power (as Doc's Mr. Fusion device seemed to), but they can create fuel for heating, cooking, and electricity while reducing waste and water contamination. In the salchicha-type biodigester (salchicha means "sausage" in Spanish), bacteria break down waste in a 15-to-30-foot-long polyethylene tube and release methane, which is captured and piped to a stove. The digested waste can then be used as a fertilizer. Biodigesters have been around since the 1870s, but current efforts focus on producing them on a larger scale. An award-winning system installed in Rwandan prisons reduced the need for firewood by half.

4 WindPower on $2 a Day Who said wind turbines have to spin? Shawn Frayne, founder of Humdinger Wind Energy, developed a turbine-less generator that harnesses energy from the rapid wind-induced vibration (50 cycles per second) of a seven-to-ten-foot flap of taffeta fabric.This is the same phenomenon—aeroelastic flutter—that civil engineers try to eliminate so bridges don’t sway in the wind, and on a small scale, it greatly increases the efficiency of capturing power from wind for a very small cost, says Frayne. "For people making a dollar or two a day, it could be in the realm of possibility to have electricity," says Peter Haas of AIDG, who is helping Frayne test the generators in Guatemala. Depending on wind conditions, the generators can be positioned to power efficient lights in a few rooms on small electrical grids. Frayne hopes to make the product available within a few years.

5 Sunlight Stored in LEDs In rural Indian homes, kerosene lamps are ubiquitous, posing health concerns from fumes as well as a fire risk. Solar-charged lights designed by Patrick Walsh, founder of Greenlight Planet, are one solution to this problem. The lights run for four hours on their brightest setting after charging in the sun all day. The lights also reduce fuel costs for families and pay for themselves in just one year. After testing the market with 20 lamps, Walsh is now scaling up production.

6 Solar Water Heater Solar water heaters are generally expensive (they can cost $400–$1,000), barring easy access to hot water for many who are far from an electric grid. But engineer Ashok Gadgil at the University of California, Berkeley, working with AIDG, cut back on materials and came up with a solar heater that costs $100. It can produce 26 gallons of water warmed to 104 degrees Fahrenheit by 4 p.m. each day—enough for four showers. Tests are ongoing in Guatemala, after which the team plans to fine-tune the design and begin distribution.

7 Pedal-Powered Grid People who live off the grid in rural corners of the world may soon have a new source of energy: 12-volt batteries charged by pedaling. Using a simple alternator, six hours of pedaling can create and store enough electrical energy in batteries to light about six homes for 30 days (in areas where people use less electricity than in the U.S.). Dissigno, the San Francisco–based company that distributes the devices, has one prototype up and running in Haiti and next hopes to install a "grid" in Tanzania connected by a network of pedalers instead of power lines. 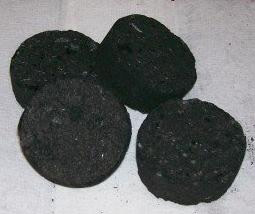 8 Sugarcane Charcoal In Haiti, most people cook using charcoal made from wood, but the country is now 98 percent deforested due largely to mismanagement of resources. MIT students and lecturer Amy Smith turned to widely available bagasse, the stalks of sugarcane plants left after squeezing the sugar out, and created a charcoal replacement by burning, compressing, and mixing the material with a binding agent. The team is currently looking to train prospective entrepreneurs interested in producing and distributing the product.

9 Irrigation by Foot Most African farmers rely on seasonal rainfall, having no other means of irrigation for crops. So Martin Fisher, the CEO of KickStart International, came up with a device you can pump with your feet that pulls water from 30 feet underground with enough pressure to irrigate up to two acres of land. This enables more frequent harvests of high-value crops like vegetables rather than grains. In Africa, more than 65,000 such pumps are currently in use. Fisher won the 2008 Lemelson-MITAward for Sustainability for the invention.

10 Chlorine from Salt For the roughly 1.2 billion people lacking clean water, a bit of chlorine could go along way toward providing it. Using two ounces of salt water and some muscle, University of Iowa engineering professor Craig Just can make enough bleach to kill the disease-causing microorganisms in five gallons of water. His trick: a hand-cranked device that generates electricity to zap water molecules, splitting them and joining them with chlorine atoms from salt. Just and his students plan to test a prototype in Ghana and Honduras next year.