Your inner viruses: the trickle becomes the flood 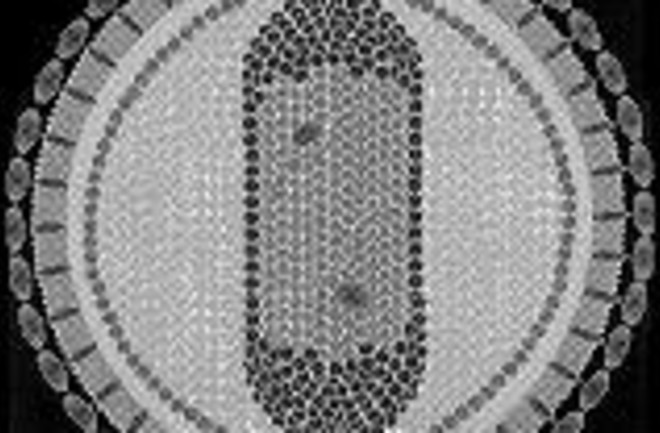 Scientists have known for decades that the genomes of animals can sometimes harbor DNA from the viruses that have infected them. When I first learned of this fact some years ago, it blew my mind. The notion that any animal could be a little bit viral blurred nature's boundaries.

The viruses that scientists discovered in host genomes were of a particular sort, known as endogenous retroviruses. Retroviruses, which include HIV and a number of viruses that can trigger cancer, have to insert their genetic material into their host's genome in order to reproduce. The cell reads their genetic instructions along with its own, and then builds new viruses. It made a certain intuitive sense that retroviruses might sometimes get trapped in their host genomes, to be passed down from one generation to the next.

The first endogenous retroviruses scientists identified were still relatively functional. Under certain circumstances, their genes could still give rise to new viruses that could break out of their host cell. But gradually, scientists identified more and more fossil viruses, which had mutated so much that they could no longer reproduce. As I wrote in the New York Times in 2006, scientists have even figured out how to resurrect these fossil viruses from the human genome.

That would have been weird enough. But nature is generous with its weirdness. As I wrote in the Times earlier this year, scientists have started finding viral stretches of DNA in our genomes that are not retroviruses. In that article, I focused on the discovery of genes from bornaviruses, which just park themselves next to our DNA, rather than inserting their genes into our own.

New kinds of endogenous viruses keep turning up as scientists looked closer. Today in the journal PLOS Genetics, Aris Katzourakis of the University of Oxford and Robert Gifford of New York University offer a particularly startling survey of the viral world within. Rather than searching for one particular kind of virus, they hunted for a wide range of them. Their collection reflected all the different ways that viruses can replicate inside mammal cells. They then hunted for the sequences of these viruses in the genomes of 44 mammal species, plus a handful of birds and invertebrates. The scientists struck viral gold. Every major group of viruses turned up in the host genomes.

In most cases, the viruses infected their own host. But the scientists also found mammal viruses integrated into the genomes of ticks and mosquitoes--perhaps as a result of their feeding on virus-infected mammal blood. In many cases, viruses slipped into their host genomes a long, long time ago. The scientists discovered segments of bornavirus present not just in humans, but in monkeys from the Old World and New World. We share a common ancestor with monkeys that lived some 54 million years ago. What's more, one of these bornavirus segments is very similar in many of its hosts today. That uniformity suggests that it has taken on a useful function in our own bodies. Scientists have already found evidence that endogenous viruses can help build placentas and fight off other viruses; now bornaviruses can be added to the list.

This is one of those exploding fields that is a joy to follow. I'm glad that this new paper came out before I had to turn in my proofs for my next book, called A Planet of Viruses, which will be coming out in May. But I'm sure that the catalog of inner viruses will be growing a lot longer in years to come.