Yes, We Should Clone Neanderthals 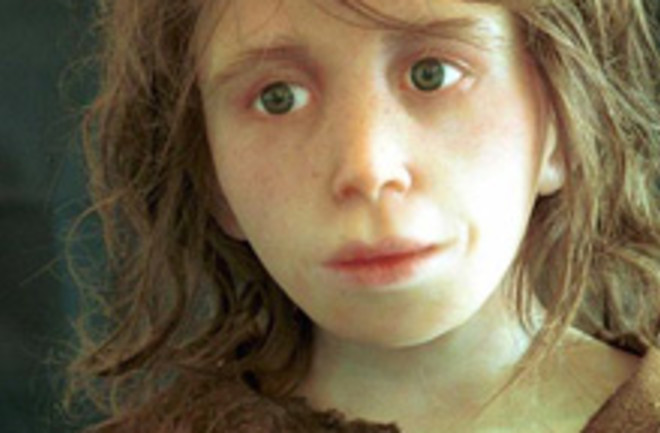 30,000 years ago a Neanderthal woman died in what would become Croatia’s Vindija cave. Five years ago, 454 Life Sciences and the Max Planck Institute started working together on the tedious and time-consuming task of piecing her fossilized DNA back together. Just over a month ago, they succeeded and, in the process, revealed that most of us are between 1% and 4% Neanderthal. To crudely paraphrase the ever artful Carl Zimmer, knowing where Neanderthals fit into the evolution of Homo sapiens is essential to understanding the development of the human mind.

Knowing where Neanderthals fit, however, also creates a problem. What do we do if what makes humans “human” isn’t from a “human” at all? How do we justify “human rights” in light of evidence that our rational and moral minds are in no small part the result of prehistoric crossbreeding? In short: if human rights are based on being human, what rights would a cloned Neanderthal have?

The problem is, of course, that we don’t have a cloned Neanderthal. Which is why we need to make one.

The argument may seem absurd and offensive at first. Both Zach Zorich, writing for Archaeology, and Andrew Mossman, writing for fellow Discover blog 80beats, explore the idea and come down on the side of “it’d be nice science for science’s sake, but way too unethical to do.” Summarizing Zorich, Moseman says:

As the bioethicist Bernard Rollin points out in the Archaeology piece, there’s more to worry about than the law. While Neanderthals are our close relatives on the evolutionary tree, you’d know one if you saw one. Tulane anthropologist Trenton Holliday argues that they could talk and act like us, therefore eventually they’d fit in. But that seems like wishful thinking. With no culture, no peers, and an unknown capacity to cope with the modern world mentally or physically, a Neanderthal would be adrift—caught between a zoo animal and a human being. The main point in cloning one would be for scientists to study it, but as law professor Lori Andrews says, a Neanderthal could be granted enough legal protection to make doing extensive research on it illegal, not just unethical.

That’s not to say there would be no benefits to science. But some things are best left in the past.

Not so. We have tried, and will continue to try, to resurrect extinct species in the past, such as the Spanish ibex. Why should the Neanderthal be any different? If we assume the ability to clone safely – for a moment setting aside the current, significant flaws with the process – we can focus on the ethics of bringing a Neanderthal into the world without a familiar culture or peers. Maybe the Neanderthal would have trouble adapting, picking up language, and adjusting to a modern existence. Or maybe not. We don’t know, and there’s the rub.

Unlike examples found in science fiction, be it Mary Shelley’s Frankenstein or the more recent sci-horror flick Splice, it’s not as if our only options are to send the neo-Neanderthal into the world on its own or to trap it in a laboratory where it would be poked and prodded to death. The moral of both of those works is that when one fails to take responsibility for one’s creation, when one fails to nurture and protect that new being, that is when an ethical code is breached and damage is done. We don’t know how a Neanderthal would exist in our world, but we know we are capable of studying chimps and apes outside of their natural habitat without causing them harm or reducing their quality of life flagrantly. We also know that we are surrounded by those who are only partially mentally developed, be they children or the mentally disabled, whom we love and care for without question. The very purpose of cloning a Neanderthal would be to see where it fits in our mental development. Attentive and accurate nurture and care would be central to any scientific effort to study Neanderthal development and mental growth. Allowing the clone to be neglected would upend the very purpose of cloning her in the first place.

To assert that the Neanderthal is between human and animal and is therefore an impossible fit for our world simply not true. The line between human and animal is blurred. Dolphins, whales, chimps, great apes, and other species are already changing the way we think about intelligence and rights; perhaps a Neanderthal, fully developed but so mentally different as to be incompatible with our way of living is the very example our society needs to change our perception of intelligent non-humans. When the technology is safe and the ability to nurture and care for her in place, we owe it to humanity as a whole to clone a Neanderthal and see what wonders she might teach us about ourselves.