A pioneering planet-hunter shares her thoughts on Kepler, exoplanets, and the possibility of intelligent extraterrestrials. 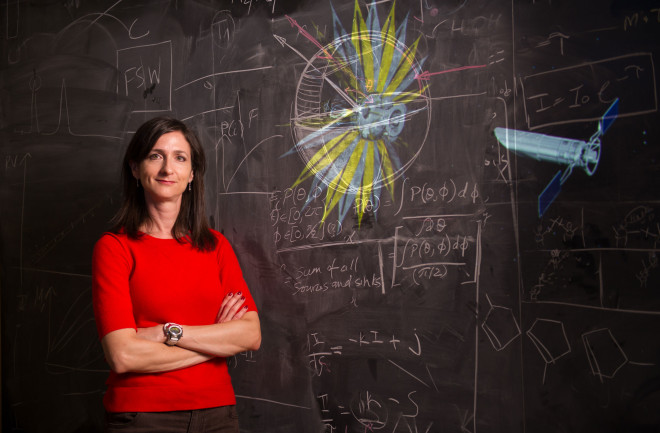 In the mid-1990s, the discovery of worlds beyond our solar system changed astronomy forever. At the time, Sara Seager was slogging through graduate school, unhappy and unsure she even wanted a career in science. She decided to go for broke and devote her career to the new exoplanets, even though some doubted they were even real.

Soon, she published pioneering papers exploring the likely atmospheres of these exotic worlds and how we might identify an Earth-like “twin.” Exoplanet research now turns up new wonders nearly every week, and in 2013 Seager won a MacArthur Foundation “Genius” Fellowship for her discoveries.

Discover talked with Seager, now at the Massachusetts Institute of Technology, about what’s next in planet hunting.

Discover: What recent exoplanetary finds have amazed you?

Sarah Seager: The best thing that’s happened in the past year or so is the [large] number of potentially habitable planets that have been found. I grew up with this field, so for me it’s so thrilling. The entire field is just snowballing.

Q: The discoveries often are made possible by new instruments. What new equipment are you especially eager to use?

A: Any time you put a new and more capable instrument on a telescope, you always find new things. The latest is the Gemini Planet Imager [in Chile]. It blocks out starlight, so you can see the planet directly and study its atmosphere. It will do direct imaging of giant Jupiter-like planets.

Q: Your “starshade” idea, which could be launched into orbit by about 2022, would improve planetary picture-snapping. What’s the idea here?

A: The challenge in finding an Earth twin is, how do you block out the light of a sunlike star to find a planet that’s 10 billion times fainter than it? The starshade does the hard work by blocking out all the starlight, spatially separating the planet and the star. You can use this shade with the equipment we already have, such as small commercial space telescopes that we already use for remote sensing of Earth’s atmosphere.

Q: The Transiting Exoplanet Survey Satellite (TESS) is set to launch in 2017, and the James Webb Space Telescope will launch in 2018. What will they do?

A: TESS will do an all-sky survey to find rocky worlds around the bright, closest M-stars [red dwarfs that are common and smaller than the sun — and therefore more likely to reveal the shadows cast by planets], about 500,000 stars. We’ll follow up with the James Webb to look at the atmospheres of this small pool of planets.

Q: With these newfound abilities to detect extraterrestrial life, you’ve recently revised the famous 1961 Drake equation, which calculates the odds for finding intelligent alien life and has influenced the search for it ever since. Why? What’s changed about our chances of success?

A: I decided to revise the equation to tell the world that the real search for alien life is ongoing. The equation now tells us what the chances are that we’ll be able to find signs of life on a rocky exoplanet in the next decade with TESS and the James Webb.

The new equation has six terms. The first three are quantifiable: How many stars can we look at? How many are “quiet,” or not producing lots of radiation that could destroy biosignature gases or interfere with planet detection? And, how many stars have rocky planets in the habitable zone?

The next three terms of the equation involve the fraction of planets that can be observed, that have life and produce a detectable biosignature gas. Plugging in the numbers, the punch line is: If there is a rocky planet transiting a nearby bright M-star with signs of life in its atmosphere, we will be able to find it.

The Top Exoplanet Discoveries of 2013

Some of the strangest details of the 3,500 likely alien worlds detected so far were discovered last year.

This rocky planet identified in April is closer to Earth’s size than any other world found in the habitable zone, the region around a star where surface water neither completely freezes nor boils away. This “super-Earth” is only 40 percent bigger than our planet.

This “hot Jupiter” was found long ago, but last year, the Hubble Space Telescope revealed that it is blue, the result of light-scattering glassy particles in its scorching, whirling atmosphere.

The smallest exoplanet yet found around a sunlike star, this nubbin discovered in February is just slightly larger than our moon.

In September, visible and infrared light reflections from this hot, gassy planet provided the first alien weather report: clouds in the west, but clear skies out east.

The lightest exoplanet directly imaged so far. Infrared data from Hawaii’s Subaru Telescope in August suggest it is magenta-colored.

Dubbed “Einstein’s planet,” researchers found this hot Jupiter in May using a technique based on the special theory of relativity: The gravitational tug of the exoplanet upon its star produces minor stellar brightening and shape-distorting effects.

What a run it was: For about four years, the Kepler space telescope watched more than 100,000 stars, looking for very slight dimming — a sign that a planet had crossed in front. By May, two of the four reaction wheels that precisely point the telescope had failed, leaving it too unstable to detect exoplanets around bright stars.

But half of Kepler’s data hasn’t yet been analyzed; this latter portion is where Earth-size worlds in habitable orbits are most likely to turn up, because the longer the mission and the more data the telescope collects, the stronger the signals are from these planets.

This article originally appeared in print as "Worlds Without End."